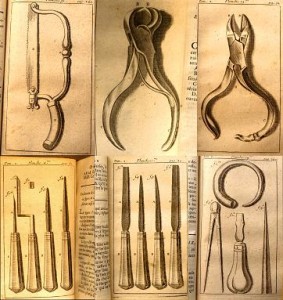 Investing ahead of a recession is like a trip to the dentist for a filling when the Novocain isn’t quite right. You know you are in for some pain, but it’s unclear just how much, and how long it will last. Europe is accepting the German path forward, which will at a minimum, lead to plenty of pain for many countries. Spain, Portugal, Greece, Belgium, Italy, and France are all experiencing, or likely to experience, a recession. Forward looking indicators are declining, confidence is dashed, austerity being implemented, European financial assets down sharply, and interest rates higher. The ECB is taking a minimalist approach to fighting the recession and the 17 countries in the Eurozone have different agendas, interests, and policy aims.

In the background of the economic recession, there will be outrage at governments (for not doing enough), the ECB will appear inept, and politics will become vitriolic. It is my belief that the implementation of a comprehensive solution for the Eurozone could have staunched some of the pain, avoided the tourniquet, and led to a better collective outcome. A comprehensive and sudden solution would have sparked some moral outrage in Northern Europe, but it would have been practical and it would have led to a better economic environment for the region much quicker. Growth over time helps cure economic problems and negative growth exacerbates them.

There are a number of items which typically happen during recessions. Unfortunately, the following are likely in 2012:

And the abovementioned items are a reasonable baseline if the plan works. If it doesn’t, and the Eurozone breaks up, it will be much worse. The deeper the European recession, the greater the chance some countries will lack the political will to ride things out until the longer term.

For US investors, there has been a roadblock erected during the Santa Clause rally. The US economy outperformed other developed markets around the world while the stock market has been essentially flat for the first eleven months of the year. Market valuations are lower this year, which sets the stage for a rally as long as the world could just reclaim a little visibility. The result of last week’s ECB meeting and the Eurozone Summit clouded the outlook as opposed to clarifying it. On the one hand, many positive fundamentals are persisting in the US, and there shouldn’t be too much direct gearing towards a European recession. On the other hand, there are two issues with nonchalance:

1)  China’s exports are geared towards Europe, so an EU-17 recession will exacerbate the Chinese slowdown and increase hard landing risks. China should have some monetary policy bullets to shoot but they are waiting to shoot them and the risks are heightened.

2)  US multinationals with European business will be double hit. First, the recession will slow volumes and business activity and depress European profit margins. Second, a declining Euro will reduce the translation of the European profits which are already lower.

The now wider range of potential outcomes will increase risk aversion and market participants may not be as quick to buy shallow dips but may be very quick to square positions during any rallies. There are reasons to be longer term bullish on the US market:

In a difficult market environment, range-bound, with high volatility, it is hard for most investors to focus on the longer term positives. The options are to take more risk than usual and invest looking far out into the horizon, or to acknowledge that the uncertainty is heightened and reduce both risk and return expectations until the economy in Europe stabilizes and normal visibility returns.

If the recession in Europe started in the fourth quarter, it will likely last until the summer. Just about the time when the world will be set to focus on what will be a highly contentious US Presidential election where business success and wealth creation are prone to viscous populist attacks. Perhaps investing isn’t going to get a whole lot easier through 2012.