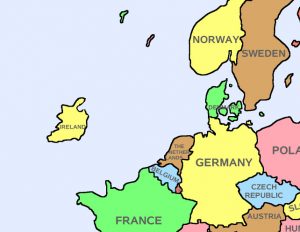 In a low volatility, range bound market, it doesn’t take much to cause a break. Rising global bonds yields are a major concern that double-impact the market; higher future business costs of funding growth, financing acquisitions, and implementing share repurchases, while, in tandem, high equity valuations are pressured. Now the market has another major worry. Over the past week, the British Pound sank dramatically, to a value (1.215) vs. the US dollar not seen since 1985. The weakness in the Pound (GBP) highlights the risks of a hard exit from the EU. Selling accelerated after Theresa May stated that the U.K. would give priority to the issue of controlling immigration rather than preserving the nation’s access to a single EU market. Francois Hollande stated that “there must be a price for BREIXT”. The flash crash of the Pound last week, in an early Asian session, blamed by algorithmic trading and stop losses, only added to fears.

It’s clear that tremendous legal, regulatory, socio-political, and economic uncertainty regarding BREXIT exists. The risks of a negative impact to financial markets are greater now than they were in the immediate aftermath of the shocking BREXIT outcome. BREXIT is currently a net negative to the financial markets, whereas in June, it was a net positive, as the overwhelmingly positive ancillary benefit of lower global bond yields outweighed the eventual headache of the eventual exit process. Now as yields relentlessly move higher, and exit looming, BREXIT is just a big risk.