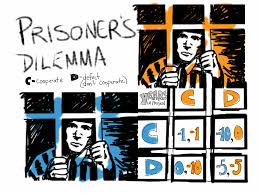 European leaders have inadvertently created one of the financial world’s largest negative feedback mechanisms. By issuing long-term refinancing operations (LTRO) with cheap ECB funding for terms up to three years and encouraging European banks to take the funding and purchase assets such as sovereign debt, the ECB effectively has encouraged the European financial system to purchase and hold “money good” European sovereign debt. With cheap funding available and the ECB encouraging banks to take the money and invest/lend a situation was created where the natural buyers of sovereign debt were propped up and supported. With many of the bonds in Spain and Italy having maturities in the vicinity of 5-10 years, there is a good chance that the LTRO will need to continue for a number of years until the debt can be run-off the financial sector’s balance sheet. Moreover, until the economies in Italy and Spain are growing there will continually be difficulty finding new sovereign debt investors as bonds get rolled over. It is likely that the ECB’s LTRO will be forced to continue until Europe is no longer in a recession and the universe of Italian and Spanish debt buyers is sufficiently broadened.

For now there is absolutely no end in sight for the ECB to back off from LTRO activity. If they attempt to for a sustained period, there will be an immediate flare up in sovereign rates and an acceleration of downgrades within the Spanish and Italian banking sectors. The situation is very similar to the dynamic that the Federal Reserve has created through QE and TWIST. In a growth challenged world, taking away monetary stimulus has an amplified negative effect. Just like QE will continue until the unemployment rate in the US can sustainably drop the same will ultimately be true of LTRO in Europe. As soon as the ECB backs off from the operation the markets will simply force them to get right back involved. Short of an economic recovery that may be years away there is no end in sight to aggressive stimulatory monetary policy out of the ECB. The issue is heightened in Europe because Italian and Spanish sovereign debt bear credit risk and therefor rates naturally go higher as the economy slows. This automatic destabilizer will need to be actively counterbalanced by the ECB for years until Europe is out of recession and credit risks dramatically reduced.

The investment implication is to lesson one’s focus on the monetary issues revolving Eurozone stimulus. Despite tough talk from German central bankers a stimulatory ECB will persist because the markets won’t allow any choice in the matter. The ECB will be hesitant to force any resolution in terms of Europe’s financial crisis. Politicians and voters will decide the fate of the Eurozone and this is increasingly the area for investors to focus on. Francois Hollande seems more balanced than originally feared despite some tremendously anti-capitalist quotes he has issued in the past. It is interesting that the markets have stabilized and bounced meaningfully on Monday coinciding with new polls in Greece which show the more centrist New Democracy party once again overtaking Syriza, led by Alexis Tsipras, who is pointedly anti-austerity.

Europe’s crisis will ebb and flow based on the real economy and politics – which is the new phase to analyze as we head into the third summer of crisis.