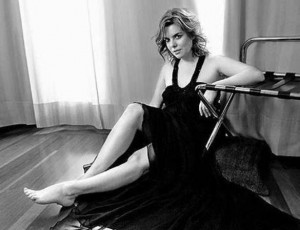 The Spanish Empire reached the height of its powers in the 1500’s. Naval supremacy, decades of rapidly rising wealth, discovery of gold, and influence over the Catholic papacy led to Spain becoming a dominant world power. It wasn’t until Philip II and The Great Armada’s defeat against the English in the Anglo-Spanish War that Spain’s global power and sphere of influence crested. Fast forwarding 400 years, all of Europe and Spain are in a new crisis which is economic as opposed to military. As attention inevitably shifts from Greece to the next country at risk of contagion, the dynamics in Spain are likely to determine the EU-17’s future path. Spain has been through the wringer and if the country can emerge from recessionary dynamics, then all of Europe can. Spain will be the country to watch because deflationary dynamics will be most acute as the nation attempts recovery from a massive real estate bust while austerity is implemented during a time where the unemployment rate has reached inhumane levels.

I have pointed out in the past that very few sovereign nations can persist with 20%+ unemployment for 2-years without a massive currency devaluation or economic collapse. Spain is now in the second year of this dynamic and attempting to ride out the storm in conventional fashion, to the liking of ECB leaders and the German economic contingent. Spain’s 23% unemployment rate and youth unemployment rate of 50% are set to cause social unrest as cost cuts, benefit cuts, and austerity is implemented. Whether the population accepts hard medicine remains to be seen. The pain and bitter taste will be severe in an unprecedented fashion.

The problem for Spain, which is similar (but more acute) to the problems in Greece, Portugal, Italy and France, is that unit labor costs and productivity have steadily declined relative to more efficient nations like Germany over many years. Aside from competition within Europe, other nations around the world such as China, Vietnam, and Mexico are exhibiting high productivity growth at much lower unit labor costs. Spain is in a vice as growth is needed to rebuild balance sheets and buy time for economic participants to focus on new areas of expertise. Instead of positive growth, Spain is in a recessionary dynamic and contractions in activity contribute to additional recessionary dynamics. The two options for Spain are to throw in the towel and accept that the vice is too tight or to experience severe pain. In order to eliminate the pain, Spain would need to swiftly reduce unit labor costs in order to gain competitiveness relative to Europe, Germany and the world. Gains in economic activity would lead to growth in employment. The problem is that the only way to cut unit labor costs meaningfully and swiftly is to devalue the currency (Spain has no control over this) or to give everyone a dramatic pay cut. With entrenched interests and unions fighting the latter, it appears that Spain is going to swallow the bitter medicine and attempt to emerge from recessionary dynamics the painful way; by implementing austerity, slowly and over time.

The new Prime Minister Mariano Rajoy has said all the right things from the standpoint of EU-leaders and the ECB. Well, actually, his new deputy prime minister, Miss Maria Soraya Saenz de Santamaria (see photo excerpt), does most of the communication for Spain’s more right leaning government. But the right things for the EU-17 and the ECB may not be the right things for the Spanish people. There are already numerous anecdotes that many of the best and brightest Spanish youth are leaving to seek economic opportunity elsewhere. For a country which is adopting recessionary/depressionary dynamics to placate the EU, it is sensible that economic participants weigh all options. I fear that Spain is quintessentially in a crux position for 2012. How the economy, unemployment, and socio-political issues develop merits scrutiny because this is the logical place for the Eurozone compact to breakdown. If the glue holds together in Spain it will be highly likely be strong enough to hold together in all of Europe.