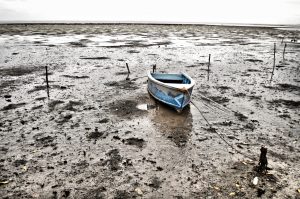 In a shockingly flat stretch, noteworthy for the lack of volatility, and an incredibly tight range, the market has gone absolutely NOWHERE from July to October. 20-30 basis point moves feel outsized, even though they are not, in any sort of historical context. On days when the market goes up, the VIX falls to a 12-handle. Almost each and every session, the tape is “heavy” for some sort of “reason”, at some point in the morning, only to “rip” violently, for no apparent reason, undoing any meaningful move down. It’s been torturous for traders, the market is very expensive, the economy is late-cycle, yet the market can’t go down meaningfully for any reason.

CJF believes that in a period of light volumes, algorithmic trading is increasingly dominating market action, and the current algorithm en vogue is to violently buy, irrespective of news, whenever the market is down 8-10 handles, and then sell when green. The strategy has almost always worked over 4-months, so naturally it’s reinforced. If the tape is somehow, down 20 handles, that’s when you triple up, and also, sell when green. It’s a bizarre strategy, and a bizarre tape. Value investors don’t get a pull back to normal valuations, momentum investors can’t win with a breakout, and shorts never make any money, while experiencing more intra-day “rip risk” than longs do on the way down. Some participants are increasingly murmuring about government manipulation ahead of a contentious election, with the Fed tacitly on board the plan.

Whether long, or short biased, patience is paying off well, in that at least  there is no churn, or trading losses, in a market that goes nowhere. This situation won’t last forever. And a sense grows, that after the election, there may be a big move to be had, either up if the market likes the election outcome, and the economy accelerates, or perhaps significantly down, if the magical support of the tape dissipates, and valuations revert.

While there isn’t too much to write that is super insightful during this market grind, and a choppy Q3 earnings season, note that the risks are almost surely MUCH greater than they feel to be. Just because the VIX gravitates towards the 12-13 range, and the market remains in a super-tight range (going on 4-months now), don’t be lulled into thinking this historically abnormal action will persist. Markets don’t need a reason to go down, they often just do. With valuations hovering around 17x forward earnings, the USD appreciating (which hurts the forward outlook for multinational earnings growth), and interest rates marching higher, the combination is dangerous, and certainly enough for a what used to be, a run-of-the mill 10% correction. Consider protection against this scenario or getting outright short through low volatility put options into year-end. 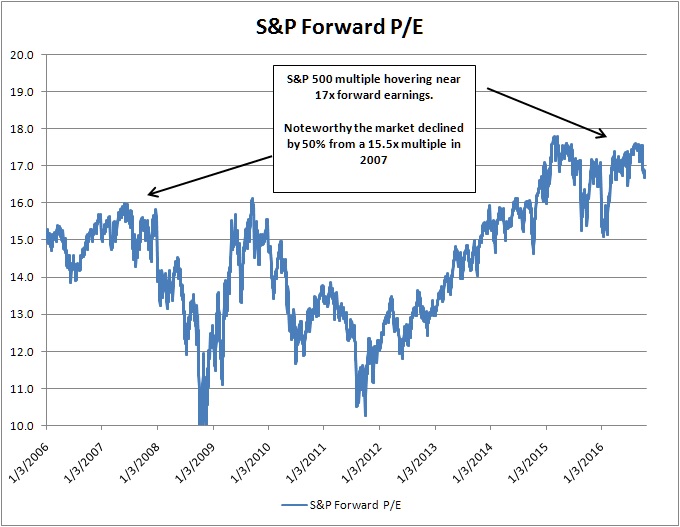