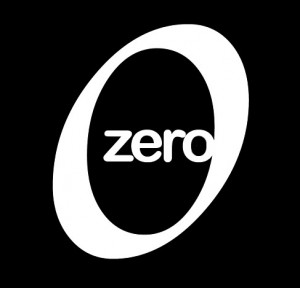 On Monday, Germany gained entrance to a rarified club of sovereign nations paid to borrow money. This US accomplished this feat during the depths of the financial crisis. Now Germany is able to achieve the same feat during the Eurozone sovereign debt crisis. In a debt auction on Monday, Germany was able to sell 3.9B EUR worth of six-month debt priced at an average yield of -0.0122%. The auction was almost 2x oversubscribed. Investors were willing to pay Germany a little over a basis point to take money for six months and simply give it back. These are fascinating times within financial markets, where there is no term premium for money and such extreme risk aversion. There are a number of items which will have implications for financial markets for an extended period; one, the reason why interest rates have approached and breached the zero bound, and two, the implications of risk-aversion reaching such extremes.

There is really only one supply/demand based reason for interest rates to approach the zero bound:

“Savings Glut”  – the supply and demand of risk-averse funds is skewed dramatically. Excess supply (glut) of savings leads to compression of nominal returns. Capital abounds while risk-appetite is in short supply. With an increasing demand for “risk free” returns on capital, interest rates trend lower as capital is absorbed and the zero bound approached.

1)  Deflation Expectations – in a world where deflation is anticipated, slightly negative interest rates could still offer a real return. Risk-free returns which are negative in a nominal sense will still offer a real return if prices decline by a greater amount. This has been the case in Japan for various times during the past couple of decades. This has also been the case for consumers of technology. Of course no one can consume just technology, and there is also a need to consume food, shelter, and energy and these items have generally inflated.

2)  Less Bad Option – even in a world without deflation expectations there could temporarily be a scenario where returns in other asset classes are expected to be negative and a small negative fixed return could be the least bad return relative to riskier (potentially more negative) returns offered in less creditworthy bonds, stocks, real estate, or tangible assets.

A)  The global economy improves, which increases the visibility of GDP growth, which in turn increases the visibility of corporate profits and cash flows. In this environment, a stampede would be expected into riskier assets which may not be as risky as previously thought. Investors would increasingly seek higher visibility tangible credit yields, rental yields, dividend yields, and even theoretical equity market free cash flow yields.

B)  Deflationary fears prove misguided. Through governmental effort to reflate, or through a simple mis-assessment of inflation, investors realize it no longer makes sense to accept a negative rate of return on investment. A number of investments with positive nominal rates of return will seem much more worth the risk relative to a sure negative nominal and real rate of return.

The exploration of why German 6-month yields breached the zero bound is a fascinating and complex topic for future academic review. More interesting at present are the implications for market participants. I hold the view that a widespread expectation of deflation is not the cause of negative interest rates in Germany. The primary cause for negative rates is a pervasive fear of negative returns for most financial assets. Extreme risk-aversion has increased yields for risky assets as investors sell these assets at depressed valuations and correspondingly flock to what is safe. There has been a bubble in the safest assets which are most sure to return original capital. In a non-deflationary world, this means that the investment opportunities are likely ripe where they are most uncomfortable, further out on the risk spectrum. The hurdle for negative nominal returns for the majority of asset classes in 2012 will be a recession/depression/crisis which leads to a deflationary outcome. While this is certainly possible, central banks around the world are unlikely to accept deflationary results without a fight. As a result, betting on near-term deflation, short of a financial meltdown becomes a very low probability event. With yields across the fixed income spectrum approaching zero, it makes more sense to wade out to less certain waters where higher returns are available with only slightly greater risk and an increased margin of safety. For investors who wish to step off of the sidelines in 2012, the riskier soils are the ones to be tilling.