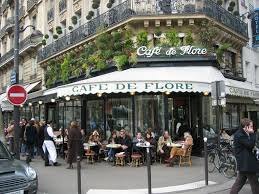 Over the past week, it has become clear that a third annual conflagration throughout Europe is upon us. The crisis has morphed yet again, and like The Hydra, it has come back in a more menacing form. The issue this summer is more profound than the “sovereign debt crisis” which struck last summer. Last summer’s issues were always containable with simple resolve from the ECB. The market forced the issue in sudden manner and eventually a fix came in the form of 3-year long-term refinancing operations (LTRO). Astute observers will notice that today, sovereign debt rates, while higher, have not flared up to the levels they reached last year. European interest rates should not approach summer levels because there is a set playbook that works to contain sovereign rates as soon as the ECB feels the sufficient amount of urgency to spring into action.

Over the past 6-months, fiscal austerity has been implemented across much of Europe and it simply hasn’t shown any evidence of success. Closing budget deficit gaps and paying down debt is a solution that works quickly when growth is high and works over a stretched out period when growth is slow or even flat. If growth is negative for any type of sustained period the austerity may not work at all. Europe ex-Germany is in recession and there isn’t the time or political will to implement a slow steady austere fix. Since there is no quick fix for Europe the focus has swung immediately back to the flawed construct of the entire Eurozone. Greece is in the news again each day but Greece really shouldn’t matter as much as it does. Greece is a country with 11 million people (probably less just now) which is holding the global economy hostage. The reason why Greece matters much more so than its individual economic significance is based on the flawed Eurozone construct.

A monetary union without fiscal union simply isn’t constructed to survive difficult times let alone a crisis. Nothing has been done since a summer ago (or two summers ago) to solve the problems of construct. Economies which are in recession have no ability to jump start economic growth. These economies are saddled with anti-inflation Germanic monetary policy with interest rates which are too high and a currency value which is also too high. Francois Hollande can talk about the need for growth in Europe till cows fly into the moon but it doesn’t mean that growth will simply happen on its own. There are a number of adjustments which need to take place but cannot.

The value of the EUR currency is inappropriate for all of the individual Eurozone members. Given the varying levels of economic competitiveness and unemployment there should be radically different currency values across Europe. Germany is the most competitive economy in Europe which is exposed to the same exchange rate as Spain (one of the least competitive economies). Normally there is an exchange rate adjustment mechanism which during times of economic weakness causes relative currency depreciation. The exchange rate move has some impact on trade but also has a very important impact on costs. Very strong currency countries become more expensive to do business in for the rest of the world. This is one of the reasons why Vietnam is gaining cost and competitiveness advantages relative to China and more manufacturing and FDI is flowing to Vietnam relative to China on the margin. Exchange rate weakness is one way to get cost competitiveness in line.

Inflation should also be different for different individual companies based on productivity, demographic, and supply chain differences. One inflation policy for a number of different countries is also flawed conceptually. Since cost differentials between Germany and Spain (I’ll use Spain as my example of a peripheral country but many others could be inserted into my example) can’t adjust via exchange rate movements they need to adjust via relative rates of inflation. There is either the need for deflation in Spain or inflation in Germany. Deflation as a recipe for a country which is deep in a recession is extraordinarily painful and has negative feedback problems of its own through debt servicing and real estate values. Inflation in Germany which would raise wages and reduce competitiveness differentials is completely against the German mindset.

Lastly, given different rates of inflation/deflation throughout Europe interest rate levels should vary but cannot as the ECB sets one policy rate for the entire Eurozone. The ECB also has a single mandate – to contain inflation. There is no growth or employment related mandate at the ECB.

The concluding point is that economic growth can’t be created with a magic wand. Socialist and Communist regimes through history can attest to this. Europe is in a deep recession and the pervasive fear is that there still simply isn’t a coherent plan to address all of the above structural problems. Fiscal austerity and increased competitiveness sounds great if implemented but could take a decade to move the needle in a period of no or negative growth. Politically speaking, Europe doesn’t have that much time before radical politics takes hold. Greece potentially leaving the Eurozone is a massive uncertainty because it is impossible to know the knock-on effects for the rest of the European periphery. The negative events in Greece are quickly spilling into the real economy. In a period of negative headlines, currency sell-off, stock market sell-off, and higher interest rates, business will simply continue to slow down and hiring plans will freeze. There is a bank-run happening in Greece real time because it is highly likely that Euro deposits in Greek banks would be at risk of devaluation during a restructuring. An economy can’t function if there is no faith in the banking system. This is the largest risk as we think about what comes next in Spain or Italy. There is no clear mechanism to instill confidence into the Spanish banking system. It will be important that Europe and the ECB come out and guarantee deposits at financial institutions throughout Europe. The behavior in Greece is sufficient to grind an economy to a halt. All eyes are on Italy and Spain because the same behavior taking place in either country would likely be enough to end the Eurozone project and cause a global recession. Like in the past, European leaders seem unprepared for the current set of issues while the market will quickly force Europe’s hand.

During the period of uncertainty, markets have become policy response driven and un-investible for all but those investors who feel they can handicap the policy response. Naturally over the past week, the S&P 500 is down 4%, over the past 2-weeks the S&P is down 6%+, the Euro has relentlessly sold off, the VIX is higher, and stock prices correlations are broadly higher. Despite some very attractive prices for great companies the tail risks to the downside remain outsized. At a minimum, investors need to prepare for the consequences of another 100 points down in the S&P to 1,200. This level would be the approximate equivalent of last summer’s 1,100 level since earnings and cash flows are up about 10% since then. There are of course additional downside risks if a 2009-style financial crisis returns. Europe needs to prove that Greece can be ring-fenced, announce growth friendly policies, provide visibility for low enough rates in Spain and Italy, and also hope the populations in peripheral countries accept austerity to a degree that keeps Germany on board the whole project.

These problems are now the world’s problems and the world certainly needs some good luck.