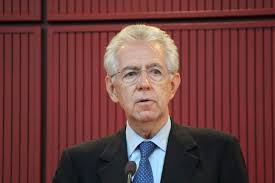 Italian Prime Minister, Mario Monti, announced sweeping austerity measures and reforms, bolstering confidence in Italian sovereign debt markets. Monti’s plan includes tax increases, government spending cuts, pension savings and raising the retirement age. Italy needs to enact these reforms over the next couple of years, and there are some political risks to implementation, but the immediate market response is positive for this round of announcements as opposed to the cynical reactions in the summer and fall. Italian 10-year borrowing costs dropped from 6.68% to 6.10%. While it is dangerous to extrapolate any daily changes in sovereign debt yields due to the vagaries of European markets, this change is driven by a major announcement which would impact actual fundamentals (again if implemented) and the change in yields is simply a very large magnitude. Italian borrowing costs have dropped about 9% overnight.

There will be a number of additional announcements coming out of Italy and the Eurozone this week. Monti’s reforms, which are aimed at boosting competitiveness, will be presented to EU policy makers in Rome today. The ECB will have their scheduled meeting on monetary policy and the subsequent interest rate announcement on Thursday. I believe that the sequence of events begins to build cover for the ECB to take a more activist approach managing the EU-17’s sovereign debt crisis. This change in posture has been subtly telegraphed. The decline in sovereign yields isn’t unique to Italy and has spread across Europe this morning with substantial interest rate declines in: Spain, France, Belgium, Austria, and Slovakia. Spreads to German bunds have narrowed even more than the declines in interest rates as German 10-year rates are up 5 basis points.

The European financial crisis has been all encompassing for a long time now. Markets rallied strongly over the past week based on hope that Europe’s crisis can be contained and Eurozone breakup risk will diminish. The global economy is surprisingly resilient despite Europe’s crisis and subsequent economic slowdown. Markets around the world are broadly lower this year while global GDP growth and corporate earnings have been strong. If the big picture news from EU governments and the ECB can remain constructive, the strong rally in the markets can continue. Normalization of depressed valuations causes powerful and sudden moves higher.