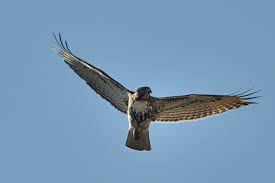 The ECB issued a terse press release detailing an interest rate cut for the main refinancing operations of the Eurosystem (from 1.25% to 1.0%) commencing on December 14th. In addition, the ECB cut rates on the marginal lending facility and deposit facility by 25 basis points. This move was widely expected and had a limited impact on the euro or equity markets. The press conference and Q&A (45 minutes later) with financial reporters was where the real action took place. The only market friendly outcome was the announcement to extend lending to European banks from a one-year to a three-year term. The collateral requirements for these loans are also being loosened.

The press conference was predominantly hawkish. When asked about hints earlier in the week that the ECB could get more involved in bond purchases after the EU-17 fiscal compacts are strengthened, Draghi responded with an emphatic: “No”. Furthermore, Draghi stated that sovereign debt interest rate caps had not been discussed nor contemplated. The bottom line is that the ECB continues to believe philosophically that the spirit of European treaties and articles which prevent ECB financing of governments should be upheld.

ECB President, Mario Draghi, in cool, steady, balanced, and at times humorous fashion, clearly outlined the course the ECB will stick to. The euro, and risk assets in general, promptly sold off on the complete lack of interest on the part of the ECB in playing a larger role in this crisis. Many market participants believe much larger ECB involvement is inevitable. So now the baton is passed back to Merkel and Sarkozy. A solution to the European sovereign debt crisis will need to come from governments. The solution will need to involve a combination of the EFSF, the ESM, and/or Eurobonds.

Presumably, European leaders, acting to “save the euro” this week, knew the stance that the ECB is taking well in advance. Taking this into consideration, there should be a major announcement to come regarding the EFSF/ESM tomorrow. Nonetheless, the risks have grown that the week comes and goes as yet another dud. Heading into the holiday period, when there is less of an ability to call emergency meetings for 17 different European nations, the volatility and risks in financial markets will remain elevated for sometime unless there is a positive, confidence instilling, outcome from the meetings tomorrow.