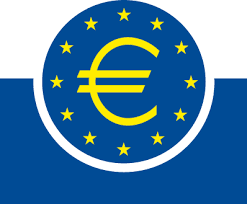 After Wednesday’s market action around the world, it’s a good time for a big picture assessment on the state of the financial markets. The attitude out of Europe has pendulated between nonchalance and vitriolic attacks among the EU-17. Italian sovereign rates spiraling above 7% have brought the eleventh hour upon the region. Escalation of the crisis has caused all types of forward looking investment to become somewhat of a farce. The environment of complete and utter policy uncertainty will no longer be withstood by markets as the full scale part of the European financial crisis enters its fifth month. After bungling the first few opportunities to implement a fix, it has become clear that dramatic action will be required to keep the Eurozone intact.

The problems of the Eurozone’s flawed construct are now completely exposed. A block of 17 sovereign nations adopted a common currency and outsourced monetary policy to a common central bank. Yet each of the 17 sovereign nations have different comparative advantages, industries, debt levels, interest rates, budget deficits, labor market rules, and tax policies. Reflecting on all the differences, it is amazing that the Eurozone has survived in the current construct for over a decade. How did one exchange rate and central bank suffice for 17 disparate nations for so long? All of the countries in the EU-17 have a different set of interests and hoped for policy agenda. The “fix” has been on the table for 5-months now and market participants and businesses are growing weary. The crisis has now come to a head, because stunningly, it has become clear that investors were never lined up for the EFSF, and the ECB has no inclination towards being part of the solution to the crisis. A shocking, and rather absurd speech from Dr. Jens Weidmann, Bundesbank President, was released in Berlin yesterday. Weidmann lays the blame for the crisis squarely on “unsound public finances”. While not entirely false, it’s just half of the story. This speech alone is a good topic for a separate writing.

European leaders hoped that a minimalist approach would be “good enough” for the market and buy time; but clearly this isn’t the case. Italian sovereign debt closed at 7.25% which is a rate that is too high for the country to refund at, and a rate that when eclipsed by other countries in the EU, led to a need for debt-restructuring or direct bail-out. Italy is too big for a bailout, the eighth largest economy in the world, and now the crisis enters a new realm. The crisis is no longer about peripheral countries versus the core. The crisis has permeated the Eurozone’s core and is now an attack on its overall construct and the concept of a common currency and central bank.

My view on the cause of the crisis is straightforward. For the first eight or so years of the EU-17, there were key dynamics:

All of the EU-17 participants are to blame for the imbalances which grew over many years. Germany for accepting all the benefits of an artificially low exchange rate which resulted from the deficits and consumption that other nations were willing to accept. Italy, for taking advantage of the artificially low borrowing costs, resulting from Germany’s thrift and current account surplus. Rather than rallying out against the imbalances during a time of economic growth, when the said imbalances would be much easier to correct, nothing was done. Now the EU-17 finds itself in the midst of a financial crisis that is on the cusp of morphing into a financial catastrophe. Now the imbalances will be much more difficult to fix and there is much less economic growth to smooth the process over.

At this point in the crisis, austerity or any sort of a hardline approach will not work. Growth is lacking such that more austerity will swing growth to negative which is politically untenable in countries with very high unemployment that need growth much more than price stability. Germany has been in the catbird’s seat benefiting from low unemployment and a low exchange rate. Austerity isn’t a problem for Germany like it is for the countries which need to implement it. The situation is politically divisive and completely unsustainable.

There are two remaining solutions to the current crisis in Europe.

1)  The Europe needs to collectively get behind reflationary policy. Fast. More growth even if it comes with higher inflation will help fix the issue of solvency. Reflation buys time. The ECB needs to aggressively cut rates, the euro needs to continue to weaken (albeit in an orderly fashion) and money needs to be printed and used to monetize debt. It is my view that this is the best possible outcome for the majority of people in the Eurozone and the world. This is how the US has survived its financial crisis from 2008. Reflationary policy bought time while backstops were put in place, the financial system was better capitalized, and households saved. Now the banking system and housing market in the US is healthier and sound. Europe needs to move in this direction.

2)  If Germany can’t come around to the idea of pulling closer together as a fiscal union and reflating along the way the EU-17 will collapse. If Italy is on its own, there will be no possibility to implement reforms quickly enough to decrease the current debt burden. The process of a break-up will look something like: