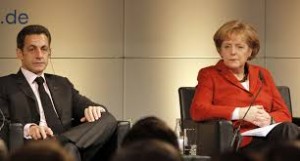 After keeping the world on edge and pushing up against the brink of a European recession, details of the European fix are trickling out. It is sure to be a headline filled Thursday, Friday, and weekend. I won’t focus on the specific details because many of them still aren’t known and the ones that have been announced are likely to evolve regardless. Europe has recognized the enormity of its financial crisis. The European financial system couldn’t fund itself, sovereign interest rates started to spiral out of control, and the Euro experienced a rapid and unhealthy correction. It seems absurd to highlight that Europe recognized that this was collectively a very big problem but at times, even right up until the end, European leaders at any moment could seem either cavalier or steadfastly ideological.

Given this backdrop, here is what we know:

The implications of the above plan have been good so far. It is important at moments like these to not get too wrapped up in the details. The final (albeit 11thhour) European response is filled with the spirit of trying to put a financial crisis to rest. Europe collectively has always had the solvency to address the problem at any time but the obstacles were political and legal in nature. Now that there has been a work-around, regardless of whether it means creating more leverage upon leverage or begging developing nations for capital – the fix is in, and at first blush it looks to be inspiring confidence. The euro has rallied, European sovereign interest rates have traded down, EURIBOR rates have traded down, and global equity markets have rallied. Europe’s financial crisis has created stress, anxiety, heightened risks to the global economy, and volatility with respect to investment returns. Hopefully a redux of the 2008-2009 global financial crisis has been avoided and the global economy will be on surer footing as we move towards 2012. This would be a good outcome for most all of us.