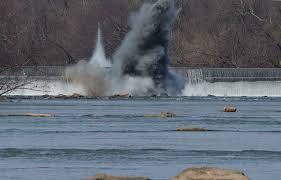 What an 18 hours, as a conflux of negatives weigh on the market. In wrenching fashion, the US markets are down 6% since yesterday at 2:00pm. Most international markets around the world are down significantly more. Many emerging markets are off over 10% over two days. The Fed implemented Operation Twist yesterday, and the size and scope was actually greater than expected. The US Fed is not the crux of the current set of global financial problems, nor is it reasonable to expect that the Fed can fix things. I have highlighted previously that Europe has the capacity to avoid a full blown financial crisis by taking decisive actions. Unfortunately, Europe’s hard stance with respect to minimizing backstops, bailouts, the EFSF, coupled with a cavalier approach towards the French banking crisis is sapping confidence and European business activity fast.

Taking a minimalist approach may or may not be appropriate (I believe it isn’t) but it’s a moot point if the actions are sure to cause a European recession. A European recession is likely to cause a global recession because of the feedback linkages regarding European investment into emerging markets. If EM liquidity dried up we would have a global recession. There are already clear signs of panic in Hong Kong, Brazil, and Russia as short-dollar deleveraging runs unabated. Such is a panicky market, and where the deleveraging process ends, as well as the European path forward still appear utterly unpredictable. The situation didn’t need to be so dire but it is. European leaders have taken the approach that they have and are stoically embracing sudden and harsh reforms after a long overdue period where there wasn’t enough reform at all. European leaders also do not recognize that time isn’t on their side. If anyone needs evidence that the result of all this will be a recession, it certainly appears that the European PMIs are heading that way again. The approach for any crisis and panic stricken market is risk management and solvency first. There will be many other days to take larger investment risks. I’ve been of the opinion that a recession will be shallower that 2008-2009 and the markets will bottom much higher. Nonetheless, I target 1,000 as a potential bottom (approximately) on the S&P 500 (if we get a global recession) where one can be long despite all the bad news. Nonetheless this would be another 11% lower while in the meantime uncertainty and volatility have surged.