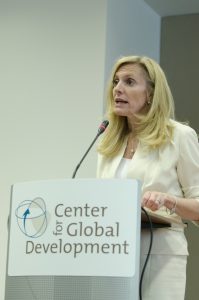 Last week, a Fed Governor, made comments hitting Bloomberg, that the Fed was not a handmaiden to the markets. The comments, not part of a major speech, and difficult to find on Google, were striking, and provocative, conjuring memories of a period when this would never need to be said. Today’s baffling Fed communication strategy involves speeches of voting members, non-voting members, incorporates guidance, including some guidance that makes its way to the cover of the WSJ through Jon Hilsenrath, and includes a full blown black-out period where no comments are allowed at all. What happened to the time when there was a Fed meeting, and sometimes unexpected things happened?

Post-financial crisis, markets are viewed as fragile by policy makers. The extent to which markets are actually fragile is debatable, but there is a reflexive element to all the babying, and today’s markets can’t handle uncertainty with respect to policy. For virtually every Fed meeting since 2009, save one, there has been certainty, that nothing will happen. Moreover, any potential deviation from the status quo, that nothing will happen at a Fed meeting, interjects uncertainty, and a mini-market panic. In the bond market, it creates a “tantrum”.

We saw one of these panics/tantrums last Friday, when several Fed Governors indicated the time is ripe for a rate hike. The market mini-crashed on Friday, and Hillary got sick over the weekend. A cynic might say that Lael Brainard was told to “undo it all”. She did with her uber-dovish speech titled: “The New Normal and What it Means for Monetary Policy”. And if Brainard’s clear refutation of the Philips Curve, and arguments against a rate hike in September weren’t enough, on Tuesday morning, Jon Hilsenrath, of the Wall Street Journal, wrote a cover story: “Divided Fed Inclined to Stand Pat”.

So now, presumably, while the Fed will have a “spirited debate” about hiking, the Fed can’t hike in September, as it would create a shock that “fragile” financial markets aren’t ready to handle.

Tough to predict how the markets react to the guided non-news of a non-rate hike next week….but much scarier will be when the Fed finally attempts its second rate hike (if ever). The guidance for the next hike (perhaps December) will take place in several hints/speeches/comments/ WSJ articles over multiple weeks. The market probably won’t do great over that period, if/when it happens.