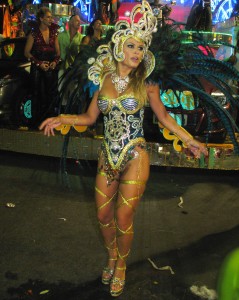 Not out of the woods yet – no way. The world has changed in the past week, and unmistakably, extreme volatility (mostly of the down kind) is back within financial markets. The potential of Fed rate hike cycle, in the not too distant future, is wreaking havoc. An unintended consequences of the extended period of ZIRP (2011-now) is the degree to which the rest of world, particularly EM, depend on it. Market lurches with random gaps higher and sudden sell-offs occur daily since China’s FX policy shift and highlight the fragility of financial markets.

The overarching issue for EM can be reduced to capital flows and structural reforms. The 2015 circus act out of Greece/EU, in hindsight, deflected attention from the coming EM storm/crisis. With Greece now “fixed” EM is center stage (CJF oft wondered how the markets would break-out to the upside once Greece was fixed precisely because the market would lose the potential of “fixing it” and, the associated upside explosion). EM’s issues are eerily similar to Greece’s, and unfortunately, there is no quick fix:

Emerging market currency weakness is the real-time reflection of capital flight. If the weakness is disorderly, markets take on a crisis-type feel. The pain from global imbalances and capital flight will be felt in developed markets too. A substantial part of the S&P 500 operating profit comes from emerging markets and the currency collapse creates a profit contraction; one not fully contemplated with the S&P multiple at 17.5x multiple and the VIX at 12 (earlier this summer).

There is no pleasant end to the above dynamic. The Fed is intent on raising rates and stockpiling ammunition for the next real-economy slowdown in the US. It is correct to do so. The world is unequipped to handle the policy shift. The results will be a drubbing that persists within EM until either a) the US re-engages in QE (markets much lower when this happens) or b) serious EM structural/corporate reforms are implemented (this takes a long time). A down-cycle is underway in financial markets. CJF does not suggest to buying dips with the view that asset prices are quickly returning to mid-summer levels.