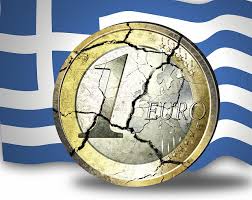 I came across an article in The Telegraph by Ambrose Evans-Pritchard which does a good job highlighting the circularity of the ECB’s LTRO and associated bond buying. As banks throughout Europe took advantage of ECB stimulus, which they were de facto encouraged to do by Mario Draghi and the ECB, it is clear that both the stimulus itself, as well as ECB sovereign debt purchases, will be needed until there is a solid economic recovery throughout the periphery of Europe. With austerity implementation to reduce deficits, economic recovery for many counties in Europe could be years away. With the automatic stabilization mechanisms in peripheral Europe broken as weaker economic growth leads to higher interest rates it will become necessary for Europe to continue to cap interest rates to avoid a crisis. There is simply no choice in this matter. Since the ECB has shown ability to avoid a collapse last year, they will go right back to the same playbook when pressed by the markets.

Germany will ultimately lessen resistance to interventionist ECB policies in the future because there is too much to lose. The German economy is very strong relative to the rest of Europe with unemployment at multi-year lows. The business environment is tremendous for German corporates with low inflation, low interest rates, and a currency which is artificially low based on the problems taking place in the European periphery. German dominance, power and hegemony throughout Europe is being achieved economically after failing militarily in the past. The German corporate sector and voters will accept the cost of involvements in bailouts in order to solidify economic supremacy. The risks to this dynamic will not manifest from sovereign debt spreads blowing out, they will manifest in political fashion. The voters and body politic within Spain, Italy and France will ultimately pose the largest risk to a break down in Europe and an escalation to the crisis. Spain’s electorate supported some difficult choices that impose considerable pain but are positive from a German and ECB standpoint. It will be interesting to see if the French elections head into a new direction over the next two weeks.