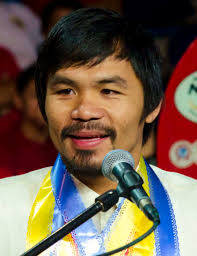 The Philippines is a very large nation that is off the radar of most mainstream economic analysis. The country has a population of 93 million, and the economy has enormous potential but exhibits inconsistent growth. The economy of the Philippines has a decently developed electronics/semiconductor industry and a large export industry for fruits, palm oil, and coconut oil. The World Bank estimates that the Philippines is the 43rd largest economy in the world yet many investors would be shocked to learn that it is forecast to be top 20 in the world by 2050. Economic growth in the Philippines is volatile based on agricultural gearing and dependence on inflows of overseas remittances. While the Philippines is not a member of the BRICS-2 (CIVETS) it is a member on what Goldman Sachs terms “the Next Eleven”. Below I detail the emerging market nations which investors will need to increasingly learn (writer included) in order to understand multinational corporate strategy and global GDP growth dynamics in the future.

Back to the Philippines, the central bank chief, Amando Tetangco, stated that he anticipates easing monetary policy to combat the slowing influence of the European sovereign debt crisis and the tragic flooding in Thailand. Inflation fell in the Philippines to 3.4% based on recent December readings which surprised local economists to the downside. In addition to central bank interest rate cuts, the President has talked about boosting infrastructure spending. The government has a goal to target 8% GDP growth.

It is interesting to note that the Philippines stock market is off to one of the strongest starts to 2012 experiencing a rally of 6.2% over the first week and a half of the year.

During the time the market has rallied, the Philippine Peso has been stable at 44 per USD. A key dynamic for 2012 will be the ability for emerging markets around the world to jump-start economic growth using conventional monetary policy tools and government stimulus. The BRICs are completely on the radar of investor focus but if a number of the second and third tier emerging markets, with large populations, can experience collective GDP upswings the results could help support global growth. When markets are looking for binary outcomes of “financial crisis/global recession” verse “decent global growth” every little bit helps. I will try to focus more on many of the second and third tier emerging markets going forward. Companies are increasingly investing in these nations and high growth rates are growing the collective EM share of global GDP. Here is a guide list: