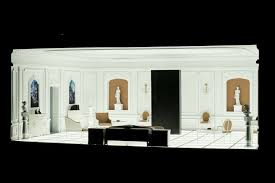 PARANORMAL: beyond the range of normal experience or scientific explanation, not in accordance with scientific laws.

A great friend of mine, and incredibly savvy investor, recently pointed me to Bill Gross’ January 2012 Investment Outlook: “Towards the Paranormal”. He suggested it was an intriguing, provocative, and worthwhile read. After reading the four page monthly I immediately agreed with all of those qualifications even though aspects of the paranormal thesis don’t sit with me. After pondering for a couple of days, here are my observations (Bill Gross, if you are a Crackerjack Finance reader, please feel free to comment at any time). Now would be the time to read the original piece on the PIMCO website to get much more out of today’s thoughts.

Coming from a firm believer in the original new normal thesis, as a spot on depiction on how the post-financial crisis world evolved, I think the “paranormal” view of market dynamics is too extreme. That the world, economically speaking, is doomed and destined for either a hyperinflationary outcome or a destructive deflation strikes me as excessive. While I fully agree that both of these tail risks are very real I believe the counter-balance of these cross-currents (inflation/deflation) actually create an environment where a middle of the road outcome remains most likely. It is hard to measure tail risks precisely but my intuition is that they are no greater today than they were just after the Great Depression, during WWII, during the Vietnam War, during the technology bubble, during the last days of the credit-super cycle bubble in 2008 or during the Fukushima Daiichi nuclear disaster in March of last year. Tail risks are always there whether we chose to focus on them or not. The potentiality of tail risks always exist in infinite fashion! In a global economic system which is intertwined, there will always be tail risks based on globalism, confidence, and fiat currency. Even in a system with hard currency, there would be tail risks exactly related to tangible assets directly (supply, discovery, destruction, theft, etc.). The too little trust part doesn’t strike me as an intractable economic problem. There seem to be cycles of trust which ebb and wane. Wasn’t our exact issue, just three years ago, that there was too much trust in the financial world?

I don’t think this is just nitpicking, but isn’t it relatively meaningless to chart the level of debt from the 1950s to present without utilizing a logarithmic scale? The chart would still be compelling with proper scaling, but I observe this nonetheless. Paranormal recognizes that some deleveraging has occurred but the point is that the amount is insignificant. I disagree here. Deleveraging happens through the passage of time in the absence of additional new leveraging. Since there is no additional leverage available beyond the heights of credit availability in 2007, deleveraging at a modest pace is forced – simply through debt servicing. Deleveraging can of course happen at a faster pace, beyond simple debt servicing, through an active decision to pay down debt faster than minimal requirements. The household and corporate sectors have done just this steadily since 2008. There has been meaningful progress to the point where US households can again chose to spend through income levels because of three years of a higher savings rate, and progress to the point where the US corporate sector is flush and as healthy as it has ever been from a leverage, cash flow, and debt servicing standpoint. Lastly with respect to sovereign debt, it is clear that deleveraging has yet to occur. Governments with taxing authority and spending power will be the last ships to turn around. But turn around they will either through choice, a lack of access to additional new credit, or default. Of course default and seizure would be a very bad outcome but what paranormal doesn’t explore is that there can be conditions where a sovereign supercharges growth through debt financing for a period of time and at some point simply reaches stability. Debt levels which stabilize as a percentage of GDP, or even stabilize in absolute terms. This outcome certainly seems possible for many nations, perhaps highly likely, and it doesn’t necessarily entail a crisis. So long as the term structure of sovereign debt is reasonable and prudent the debt can be serviced from a position of sovereign capital structure equilibrium. I rate this outcome as a higher probability than hyperinflation or a destructive deflation.

I agree with this statement completely. This dynamic is clearly in play for Italy, Spain, Ireland, Portugal, and Greece. I’ve written about Spain in particular as being in “a vice”. The combination of higher unemployment (from very high levels) while interest rates rise and austerity is increasingly implemented is an intractable situation.

Low monetary policy rates have caused a breakdown in money markets and the carry-trade model. I question whether zero interest rates and the temporary elimination of roll-down term structure profits needs to lead to a crisis. Financial markets had many high visibility trades which generated solid profits for years until they didn’t – then they generated large losses. At present, many investors are accepting returns across the 1-yr to 5-yr term structure within just basis points. This is a choice. Investors can accept no returns and stability or incur risks while seeking higher returns. Higher absolute returns in the absence of taking any risk are not guaranteed through divine writ. The world will eventually have to figure out new ways to invest, new ways to analyze credit risk, and/or get back into the business of good old fashion loans. That the yield curve is flat, and near zero, should lead to the exploration of a myriad of new investment opportunities. To conclude that the investment opportunities don’t or will never exist seems short-sighted. It is interesting to observe that many equity markets offer tremendous dividend yields. Bill Gross points out that stocks yield more than bonds. It seems he meant the S&P 500 and this is true with a two-something dividend yield, but how about Australia where the entire equity market yields 5% or Italy where the market yields 5.5%. These are unprecedented dividend yields for equities and remember that dividends should grow over time at some ratio to nominal corporate profits. I suspect that new financial engineering will take place to structure investment vehicles which take advantage of global equity market dividend yields yet hedge out downside tail-risks. Can’t very high visibility short-maturity 2-5% yield products be created with common stocks, diversification, options, and CDS?

This has been the most rambling post I can remember. I eagerly read anything that Bill Gross writes and any of his interviews. I believe there are many insightful points which he makes in revealing a new paranormal investment thesis. I chose to write this simply to state that I believe it goes a little too far. The financial world is an adaptive system and for the next number of years we will have a tug-a-war between intense deflationary and intense inflationary forces. There is no reason to believe that they won’t counter-balance each other while the earthy new normal process works out over time. The world can survive deleveraging , low returns, and adjustment away from debt-financed growth. For much of the century we had robust economic growth during a period of stable debt/GDP ratios. While it is clear that debt can’t grow faster than the economy as a whole in perpetuity, it doesn’t mean that debt can’t simply be serviced and maintained for the vast majority of the world. This process will be regulated by market forces and may not lead to tail-risk outcomes especially when they are actively being sought.