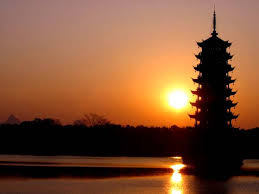 The markets have been through a period of wicked volatility with a significant pullback almost to the point of entering a new bear market. Intraday the S&P 500 was down 20% from its high but closed above those levels and went up from there. From the market’s closing bottom of 1,099 the S&P had a tremendous move higher up about 17% in 4-weeks. During this period, the market maintained an obsession with day-to-day and even hour-to-hour news. The situation becomes impossible for investors because the news flow is utterly unpredictable and investors can get whipsawed and hacked up quite easily. Often the market is described as a voting mechanism for 6-9 months out. Understanding that this is the normal state of things will be important at some point in the future. There will be a time when it make senses to ignore the day-to-day news flow and stick to a view. Forward looking investors will be handsomely rewarded. At risk of stating what is utterly obvious, it will play out in one of two ways:

A) The market will start to ignore optimistic headlines and announcements for a plan to end the Eurozone crisis because the process of entering a global recession will be entrenched and unavoidable. When this becomes reality, good news of the day can be ignore, strength can be sold into, and investors who get to the sidelines (or short) will be rewarded as the global recession impacts earnings estimates and gets priced into the market.

B) The market will start to ignore bad news, weakness will be bought with a more optimistic view of the future because a full scale financial catastrophe in Europe will ultimately be avoided and earnings will continue to grow next year while the global economy expands.

The S&P 500 is down 3% YTD in an environment where corporate earnings experienced solid growth (for the most part) and the global economy continues to expand. The timing of when the market will start to look ahead more is difficult to predict and part of the art of investing. Technical analysis can be helpful at inflection points because investors can be kept from straying too far off-sides. I continue to hold the view that ultimately Europe will sort out its mess and avoid meltdown. The process will be dynamic and unpredictable and investors swing between bouts of optimism and fear.

One potential signal of a forward looking market is the action from Asian markets particularly in China. This could be an early first step, but the past week or so in the east has slowly been more focused inwardly on the potential for monetary policy easing and a little less focus on Greece and Italy. China has even come out and made clear that government participation in the EFSF will be conditional and China shouldn’t be viewed as a white knight. The China PMI had a weak print of 50.4 which missed expectations and was the softest print since Feb 2009. At first the market sold off but last night, the market recovered despite more fears about Greece as the upcoming policy easing becomes more clear. In the detail of the China PMI, the prices paid component dropped sharply which could be another signal for a top in Chinese goods inflation. This is a major event and the start of a China easing cycle will have big implications for both the A-Share and H-Share market. The implications for the economy will show up in 6-9 months so it is interesting that the market in Asia has begun to take note. Last night, the H-Share market was down 2.3% at the open but closed up 2.6% which was about a 5% swing. For perspective, this market is still down 17.7% YTD which highlights some of the potential and opportunity when a forward looking market actually returns. Observing how markets react around the world as they shift monetary policy gears, from a tightening to an easing bias, will be an important signal of when investors are willing to look ahead again.