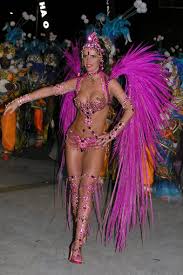 For almost a decade, emerging markets have been in a bull market with high growth rates, declining interest rates, and capital inflows. During the financial crisis, emerging markets were hit like financial assets around the world, and capital flowed out of the asset class. Over the course of 2010, and most of 2011, emerging market currencies strengthened once again. Recently, the European financial crisis cast doubts on the risk appetite for emerging market investment. EM currencies experienced a sharp, across the board, selloff in September 2011. Currencies such as; the Brazilian Real, Mexican Peso, and Indonesian Rupiah quickly declined by 20%. Part of the decline was based on the start of EM central bank rate cuts but the majority of the move was simply risk aversion. Many of the EM currencies recovered to stronger levels in October. The past three weeks witnessed the resumption of aggressive EM FX selling, coincident with widespread declines in European sovereign debt. This is an important item to monitor going forward to gauge risk appetite and the potential for the crisis to expand in the future.

From recent strength in October, here is what a number of EM currencies are down month-to-date in November: