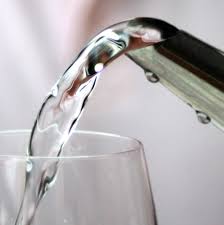 Overnight, financial market sentiment turned around pretty dramatically. The China A-Share market sold-off by 3.3% and approached the vicinity of recent lows. Fears started to mount that Chinese central bankers were going to be slow to ease monetary policy based on continued inflation concerns. After Asian markets closed, the People’s Bank of China announced that reserve ratios were being cut by 50 basis points, from 21.5% to 21.0%. The move was somewhat of a surprise and has started a turnaround in sentiment in the financial world. The reserve ratio cut is significant because it is the first time reserve ratios have been cut since 2008. China’s central bank has been allowing reserve ratios to generally trend higher since 2006 when the ratio used to be in the high single digits. The only time that China has cut reserve ratios was late 2008, during the financial crisis. The move in 2008, helped set off a 100% rally in the H-shares over the next 12 months.

Fears of a hard landing in China have recently seemed overblown. What many investors may have overlooked are the many levers China has to ease policy. Over the past two years, China tightened credit, reserve ratios are at all-time highs (the cut takes place Dec. 5th) and the central bank’s lending rate is over 6.5%. The degree of constraining measures in place in China contrasts greatly to the United States. In other words, China has bullets.

In addition to announced easing measures in China, central banks around the rest of the world announced additional liquidity measures. The central banks from the US, UK, Switzerland, Canada, Japan, and the ECB have announced a cut in the overnight index swap rate (OIS) by 50 bps. Overnight lending rates will move from OIS plus 100 bps to OIS plus 50 bps. Funding will also be made available in other currencies beyond US dollars.

The Bank of Thailand cut rates overnight by 25 bps, and there has been talk that the ECB is becoming more willing to accept lower interest rates based on the funding stress in Europe and the risks of a deflationary outcome.

I don’t believe it to be coincidental that the China reserve ratio cut and the globally coordinated liquidity measures are taking place on the same day – December 5th.  The world is getting on the same page with monetary policy easing. Some developed economies (US, Japan, UK) are continuing easy policy, and other major economies are commencing easier policies in earnest (EU-17, China, Brazil, EM). Global GDP growth is not so bad, inflation is starting to come down, and valuations are cheap. This is a good backdrop for investing if the major risk factor of Europe dropping the ball with its financial system and sovereign debt market can be mitigated in the future.