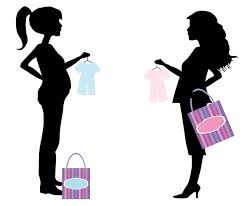 Despite massive uncertainty stemming from the manner in which Europe is handling its financial crisis, a gut wrenching stock market sell-off (the S&P 500 was down 7.2% last month), negative headlines almost every day, and predictions towards the end of the month that the US economy is now “in a recession”, the US consumer continues to spend at a healthy rate. Perhaps the savings rate is now high enough at 5% which is leading to more stability in retail sales than many predict. Stability with the growth rate of retail sales is one of the most important inputs towards GDP growth. With personal consumption expenditures as a % of GDP still above 70%, a 4% growth rate in PCE makes it all but impossible to be in a recession. Typical recessions see PCE growth fall to about flat. In the most recent financial crisis, PCE declined by 3.5%.

I believe that consumption will hang in so long as the job market doesn’t take a new major leg down with another 1-2M layoffs. It is the rate of change in the number of people working that drives the rate of change in incomes and correspondingly consumption. While an unemployment rate of 9-10% is frustrating and has a huge negative impact on society, and the degree of new opportunities created for young workers, it isn’t enough to drag the economy into a new recession. For a new recession to take hold, a major segment of the US economy needs to get worse to drive consumption lower. The job market is the leading candidate and it simply isn’t getting dramatically worse, it is just disappointingly bad, like it was last year.

Today’s retailer same store sales data measure the growth rate in sales for stores which have been open for over a year. Sales from new store openings are ignored when calculating retailer same store sales (or comp sales). The major US retailers are not seeing a slowdown in sales results whatsoever. Target reported the best clean monthly comp since Nov 2010. Macy’s is posting 5% increases in business on top of 5% growth from a year ago. Nordstrom same store sales showed a re-acceleration up to double digits (+10.7%). In short these results are healthy and sound as the US economy demonstrates tremendous resiliency. Moreover, when the back-to-school season exhibits a strong growth rate, this historically correlates with a strong growth rate for the more important holiday season. Given that the August-September back-to-school season is now complete and has been reported as impressively strong I will be revisiting the relationships between back-to-school retail sales strength and holiday retail sales strength in a future post.