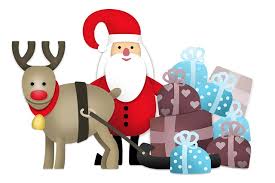 The back to school season was surprisingly resilient in August and September. We now have the full set of retail sales data available from company same store sales, the Johnson Redbook Survey, and Census retail sales. The back-to-school season varies by region and by state as school start dates aren’t uniform. Further complicating analysis is that some states offer tax-free shopping holidays which also have a variety of start dates and durations. In order to conduct a valid study, I looked at retail sales strength over the entire August-September period and correlated this to sales strength in the November-December period. I looked at all data in terms of y/y growth rates because this is what drives corporate earnings growth and expense leverage.

The results are rather conclusive – with the strongest relationship for discretionary consumption. This makes real world sense because food and staples sales are more stable and strong holidays are driven by discretionary consumption. I looked at the data back to year 2000, and found that there has never been a period where the growth rates of retail sales (from back-to-school to holiday) didn’t correlate in direction and magnitude. The correlation on the growth rate is 81%. To be clear, the simple model I constructed doesn’t capture causation or the drivers of retail sales it simply captures the correlation or strength of the relationship.

The good news is that the back-to-school season in 2011 came in very strong. The season accelerated relative to both the summer growth rates and relative to last year’s back-to-school. The Redbook exhibited sales of 5.18% which is the seconds strongest BTS season in the 11-year sample period (2006 was the strongest). Given the obstacles the economy has faced recently related to Europe’s financial crisis, China hard landing fears, political bickering, and the stock market’s late summer swoon, there are reasons to look towards the light at the end of the tunnel. If Europe can avoid a full blown financial system catastrophe, investors can look forward to a strong holiday period, strong corporate earnings in Q4, and potentially a stronger overall economic environment in 2012.