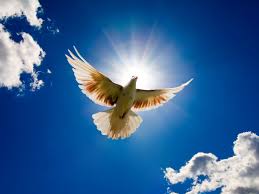 The Fed minutes released today at 2:00pm didn’t provide anything that was too much of a surprise. The general impression I felt after reading the 12 pages was that the Fed remains exceptionally dovish. Economic growth, while not rolling-over, remains disappointing, so the Fed is looking to remain accommodative. Inflation was discussed in dovish terms. Early in the minutes, it’s mentioned that consumer prices appeared to have moderated since earlier in the year. Later in the minutes, the statements go further mentioning that participants agreed that inflation had moderated, though not as substantial as some participants had expected, and that inflation was expected to decline moderately over time. The possibility of QE3 was mentioned early on and “a number of participants” were considering this as a policy option. In contrast, “some” participants were described as fearing that expansion of the Fed’s balance sheet from here was more likely to raise inflation than stimulate the economy. My interpretation is that “a number of participants” is greater than “some participants”. Extremely nuanced but that is really all there is to glean from Fed statements and minutes.

Operation TWIST is described, the details of which were already known. Economic activity is described as disappointing across the board. The only two extra items I noted were that the pickup in Federal defense spending was noted from “depressed levels” earlier in the year. The other item was that slowing was noted in Europe. Not too much which is new – simply a reaffirmation that the Federal Reserve Board remains very dovish on net, and will continue to accommodate for a long time into the future. The resulting business environment is rather decent for corporate profits if Europe can avoid a financial crisis which reverberates around the world.