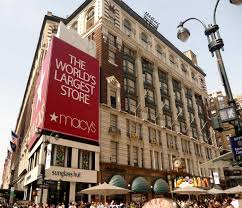 It was particularly impressive that sales in August were not only strong for retailers that sell lots of food and consumer products (which benefited from the buying panic pre-Irene) but that they were broadly strong. While the food and broadline retailers should have benefited from some buying “pull-forward” before the storm, other retailers such as department stores and specialty apparel retailers were clearly hurt. You don’t need to rush out and buy apparel before a storm, and these retailers had up to hundreds of stores closed over a key back-to-school shopping weekend. It bodes very well that results were stronger than expected, and strong in an absolute sense, despite missed selling days on a key weekend. September will benefit as sales of apparel and discretionary items gets pushed out a week or two.

Costco (COST) is the first retailer to report in the early hours of the morning. Sales were exceptionally strong, growing 9% in the US on a same store basis. This number includes gas for Costco (they sell a lot of gas) which is benefiting from a 30% inflation rate and boosting results. Even ex-gasoline, US comps (another term for same store sales) grew +6%. International comp sales grew 11% in constant currency. These are very healthy results from Costco and well above the point where Costco can achieve cost leverage and expand operating margins.

Target (TGT) reported comp sales of +4.1%, stronger than the 3.4% anticipated. Target mentioned a solid start to back-to-school in its press release and highlighted the health of inventories on a recorded sales call. Target also disclosed that delinquency trends in its credit receivables portfolio continued to improve in August.

Macy’s (M) reported a stronger than expected +5% comp result (vs expectations of +4.3%). This is a fantastic result in light of Macy’s estimate that the hurricane impact was negative 1.5% on total August comp results. Macy’s business running at a 6.5% rate is just about the strongest run rate of business on the year, in August, despite the debt ceiling debate, US Sovereign downgrade, market mini-crash, and Europe implosion fears. Macy’s was also confident enough to resume stock buybacks which they haven’t done in years. The company bought back 930,000 shares in August, spending $23.8M from free cash flows.

Dillard’s (DDS) reported a stronger than expected +4.0% comp sales and in typical style did not provide much additional color. Dillard’s sales were also negatively impacted by Irene – though I would estimate a little bit less so than Macy’s because they have a lower concentration of stores in the northeast. I assume the run-rate of sales is about +5.0%

Nordstrom (JWN) reported comp sales of +6.7% (vs expectations of +5.0%). Nordstrom didn’t quantify the impact of the storm but pointed out that sales were strongest in the south and Midwest, but softest in the mid-atlantic and northeast.

Kohl’s (KSS) and JC Penney (JCP) both had softer than expected results with comp sales down 1.9% for each company. JC Penney has had some merchandising issues and been too focused on margins and cost cutting since Bill Ackman took a large stake and they have been under-performing this year. Kohl’s results were disappointing but they have some major new product launches this fall and they stated on a recorded sales call that they are comfortable with the level and content of inventories – which is important

Limited (LTD) had very strong results with comp sales up 11% – driven by tremendous strength from Victoria Secrets (+16%). Perhaps there was a storm impact here as women prepared to be shacked up without electricity for a few days.

Unemployment claims ticked down slightly to 409,000 which are not consistent with a recession. The Department of Labor said that the past two weeks were also impacted by the striking Verizon workers so the higher frequency claims data will look even better as the situation normalizes.

I have been highlighting that as August has progressed, none of the data (post the Philadelphia Fed release) are consistent with a recession. The retail sales data released this morning are entirely consistent with the low, but stable growth. A number of retailers highlighted sales trends which improved each week through August until the last week of the month when the hurricane hit. I believe this is because the worst point of any slowdown was around the debt ceiling raise impasse, the S&P downgrade of our Sovereign debt, and the subsequent market mini-crash. If this is as bad as results get then the economy is actually on solid near-term footing. In an environment such as this, earnings will be strong on average. The situation and news flow have recently improved from being entirely horrible to just mostly bad with some good news sprinkled in. The US economy is more resilient than many in the financial press are presenting.