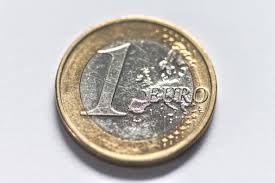 Over Labor Day weekend we saw an unfortunate breakdown in Europe’s approach, strategy, and near-term ability to avoid a financial crisis. In the Mecklenburg Western Pomerian state (along the coast of the Baltic Sea), Germans voted against the Christian Democratic Union which is a repudiation of Angela Merkel’s support and commitment to the Eurozone. I’ll start out by saying that an all-out breakup of the Euro would be disastrous for the global economy and for financial markets. At a minimum, the world would go back into recession with a dire scenario being a redux of the financial crisis. If this were to happen there would be a rush to get to the sidelines quickly and heavy selling in all types of risk assets.

As a result of the very poor consequences, I believe the odds of a breakdown in the Euro are low. Germany stands to lose much more than countries like Greece and Portugal which are already in an environment of economic depression. If a breakdown is to occur, I believe it will happen very fast. There will either need to be total and overwhelming commitment to the Euro this month or I believe there will be a country that secedes.

The history of the Euro as a currency block and monetary union were flawed from the outset. The union itself was presented as a mechanism to eliminate exchange rate uncertainties, reduce the cost of tourism through Europe, and foster political cohesion which would enhance geo-political clout. The consequence of aligning monetary policy throughout the Eurozone wasn’t focused on or presented as a major risk. With 17 disparate economies in the Euro-17 (the countries which have adopted the Euro), it never made sense to rely on centralized monetary policy from the ECB. The result was that Germany has had the benefit of a much lower exchange rate than if they continued under a Deutsche Mark regime. German exports have of course been dramatically boosted as Germany is an export geared economy which benefited from an artificially low exchange rate relative to domestic fiscal policies and export strength. The rest of Europe, (especially Greece, Ireland, Portugal, Italy, and Spain) had to deal with a stronger currency than they would have otherwise had if legacy exchange rates remained, yet they had the benefit of dramatically lower borrowing costs. To offset the depressing effect of a stronger exchange rate, these nations borrowed and borrowed aggressively to stimulate the domestic economy and create jobs. So there is no one nation to blame in this flawed construct. All nations benefited in unique ways, and there were drawbacks for all as well.

An unwind scenario would be brutal for a number of reasons. There is no legal framework for a country to exit the Euro, nor is there a framework to kick someone out. Any breakdown in the union would escalate geo-political tensions through Europe, would lead to sovereign defaults, wild and unpredictable exchange rate movements, the European banking system would collapse, trade wars would ensue, and trade throughout Europe would grind to a halt which would lead to a Eurozone depression. Even if the break-up were led by Germany, there would be a severe depression in Germany because the Deutsche Mark would soar in value while at the same time the rest of Europe would cut Germany off from trade through retaliatory tariffs. Unemployment in Germany would soar and there would be violence and civil unrest. The economic and political costs to a breakup of the Euro are tremendous for all involved which leads to the logical conclusion that it should not happen. The costs of bailing out peripheral Europe are a fraction of the costs and allow the situation to be worked out slowly. But in order for this to transpire, Europe needs to show resolve and commitment to maintaining the Euro and a union. The markets will press the hand of Europe very quickly this month. There will be no time for a slow workout. Europe needs to decide if it remains committed to the Eurozone as a currency, monetary, and political union. If wavering continues, the markets will force decisions very quickly – I believe the issue will be resolved this month, either through a solution or a complete escalation to financial crisis.