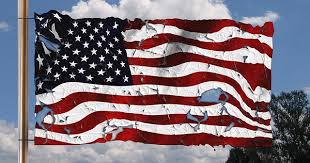 The downgrade of the US sovereign credit rating is sure to cause continued jitters in the financial markets on Monday morning. In actuality, there may be net-positive developments this weekend as it now appears clear that the ECB will engage in buying the debt of Italy and Spain. Drawing a “line-in-the-sand” for Italy and Spain is one of the key elements of halting a financial crisis redux in its tracks.

The Standard & Poor’s downgrade of the US sovereign credit rating looks to be timed to create maximum stir and hints at some political motivations. The downgrade was firmly signaled on July 14th when the US was put on credit watch. Standard & Poor’s looked for $4T in spending cuts to be announced in conjunction with the raising of the debt ceiling. That just wasn’t going to happen, nor should it have happened, as draconian cuts would be counter-productive, leading to a greater chance of a double-dip recession. With the move signaled, there should be little medium term impact beyond tomorrow’s jitters. There will be little forced selling of any Treasury securities by financial institutions, there should be little spillover to retail-investor geared municipal bond markets, and there are very few AAA rated financial corporates that will be “by mandate” downgraded since the US sovereign rating was lowered. A few insurance companies are still AAA and we will hear of downgrades in this space tomorrow – but the sector isn’t so broad that it will derail credit availability across the US economy. Note that non-financial corporates can have a credit rating above that of the country the company is domiciled in – one of these companies is Microsoft (MSFT) which recently issued more debt. Microsoft will not be downgraded on this action and remains in a strong net-cash position.

There simply is no viable alternative to the US Treasury market which combines the characteristics of credit-worthiness, liquidity, and depth of market. We at CJF side with Warren Buffet on this one. The US should be AAAA rated and there is really no chance of defaulting. We can debate what the value of the dollar may be as we pay back our debts and we can also debate how social security and Medicaid will be reformed but there is no reasonable chance the US defaults on actual debt now that the absurd debt ceiling fiasco is past.

Neal Soss, the Chief Global Economist at CSFB, summed up the risks of the situation nicely on a conference call Sunday night:

“The markets and Standard & Poor’s are in open rebellion to the US fiscal situation……the ECB has failed to take forceful action so far to stem a European crisis……and is at the edge of their “Lehman moment”. Regrettably S&P chose just this moment to downgrade the sovereign debt rating of the US  and we now find out just how many shocks that businesses and households can withstand and still avoid another recession.”

CJF recommends selectively purchasing stocks when there is blanket sell-off. The pile-on effect of Standard & Poor’s downgrade may ultimately be what was needed to get the ECB to act decisively with regard to Italy and Spain. If this turns out to be the case it will have ultimately been a good thing. If there is positive news out as relates to the Italian and Spanish bond markets, it wouldn’t bee too surprising to see the stock market actually rally despite how scary the weekend headlines have been (futures down 30 points on Sunday evening).

Ok, back to important matters such as the Red Sox-Yankees rubber match at Fenway. How dare Standard & Poor’s downgrade the US on the eve of meaningful August baseball.