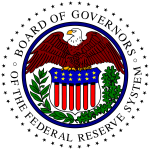 Why was the market up 5% yesterday after the Fed meeting? At first the market sold off 2%. Subsequently, the market came back to unchanged and rallied another 5%. Whoa. Our “green light” to buy worked out, if just for a day. Of course what everyone cares about is what to do going forward.

2) An actual recession – there have been enough fears of one, and the markets are partially pricing in a recession so to go lower from here it actually needs to happen

3) A financial crisis in Europe – and no we don’t think that any sovereign downgrades of France or Belgium will cause a crisis.

4) Rampant inflation in China – though we think this is easing.

We insert the actual text of the FOMC statement from yesterday. The items which are bolded and in italics, we are emphasizing. The Fed states that the recovery is unlikely to be strong enough to warrant higher rates. This provides increased visibility for lower rates which helps remove uncertainty. We are encouraged to see that there was no rush to announce QE3 explicitly as we think another attempt at quantitative easing would cause more harm than good. With gasoline, food, and commodity prices more elevated than when QE2 was announced we see numerous risks to a policy of QE3. Instead the FED needs to simply stay accommodative, be transparent, and allow the US to participate in a globally geared rebound. And hopefully the Obama administration will get that attacking numerous businesses such as the corporate jet industry, Las Vegas, Banks, Hedge Funds, and Oil companies does nothing to create jobs and probably causes them not to be created. We at Crackerjack are taking an optimistic view on future improvements relative to what markets are fearing and pricing in.

Information received since the Federal Open Market Committee met in June indicates that economic growth so far this year has been considerably slower than the Committee had expected.  Indicators suggest a deterioration in overall labor market conditions in recent months, and the unemployment rate has moved up.  Household spending has flattened out, investment in nonresidential structures is still weak, and the housing sector remains depressed.  However, business investment in equipment and software continues to expand.  Temporary factors, including the damping effect of higher food and energy prices on consumer purchasing power and spending as well as supply chain disruptions associated with the tragic events in Japan, appear to account for only some of the recent weakness in economic activity.  Inflation picked up earlier in the year, mainly reflecting higher prices for some commodities and imported goods, as well as the supply chain disruptions.  More recently, inflation has moderated as prices of energy and some commodities have declined from their earlier peaks.  Longer-term inflation expectations have remained stable.

Consistent with its statutory mandate, the Committee seeks to foster maximum employment and price stability.  The Committee now expects a somewhat slower pace of recovery over coming quarters than it did at the time of the previous meeting and anticipates that the unemployment rate will decline only gradually toward levels that the Committee judges to be consistent with its dual mandate.  Moreover, downside risks to the economic outlook have increased. The Committee also anticipates that inflation will settle, over coming quarters, at levels at or below those consistent with the Committee’s dual mandate as the effects of past energy and other commodity price increases dissipate further.  However, the Committee will continue to pay close attention to the evolution of inflation and inflation expectations.

To promote the ongoing economic recovery and to help ensure that inflation, over time, is at levels consistent with its mandate, the Committee decided today to keep the target range for the federal funds rate at 0 to 1/4 percent.  The Committee currently anticipates that economic conditions–including low rates of resource utilization and a subdued outlook for inflation over the medium run–are likely to warrant exceptionally low levels for the federal funds rate at least through mid-2013.  The Committee also will maintain its existing policy of reinvesting principal payments from its securities holdings.  The Committee will regularly review the size and composition of its securities holdings and is prepared to adjust those holdings as appropriate.

The Committee discussed the range of policy tools available to promote a stronger economic recovery in a context of price stability.  It will continue to assess the economic outlook in light of incoming information and is prepared to employ these tools as appropriate.

Voting against the action were: Richard W. Fisher, Narayana Kocherlakota, and Charles I. Plosser, who would have preferred to continue to describe economic conditions as likely to warrant exceptionally low levels for the federal funds rate for an extended period