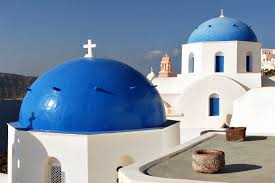 The Greek stock market is having a melt-up this morning, with the largest gains in 20-years. The index as a whole is up 14%, which isn’t bad for those who managed to get long Greek equities on Friday. And for more adventurous and daring sorts, the Cypriot stock market is up 18.5% this morning; Cyprus is leveraged to Greece. The rally comes based on two of Greece’s largest banks (the 2nd and 3rd largest) agreeing to merge to bolster assets. EFG Eurobank Ergasias and Alpha Bank have commenced merger discussions and have been halted from trading. Cypriot banks rallied 20%+. The largest bank in Greece is National Bank of Greece – in case you were wondering (up 30% today).

This is swell and all and I already sense what the cynics are saying – but how have these markets and stocks done this year? Excellent points! The Greek stock market is still down 28.5% ytd (was down 43%), and the Cypriot stock market is still down 51.5% ytd (was down  70%). So this is a bounce from an implosion, a dead cat bounce if there was ever one to be seen! My point this morning is not around the investment merits of Greek financials. I believe there are some broader observations and items which can have a meaningful impact on European markets in general and financial markets around the world.

The ASE (Athens Composite Index) was trading on a dividend yield north of 4% on Friday. The price to book ratio of the Greek stock market was 0.4 (50 %). The price to EBITDA ratio was sub 2.5x.

The Cyprus General Market (composed of 22 stocks) was trading on a P/E of 2.25, with a dividend yield approaching 5%, and an EV/EBITDA ratio that implied the country’s equity base would nothing by sometime in 2013.

I point this stuff out because this is one of the main themes in terms of my: “How it is different now” 2008 vs 2011 observations. Financial assets were not only fully valued in 2007, heading into 2008, they were quite stretched. The Greek stock market’s EBITDA ratio was not sub 2.5x in 2008 it was actually between 8-9x. This analogy holds true for stock markets around the world in both developed and emerging markets with valuations having trended to the 25 year lows (ex the darkest days of the 2008-09 financial crisis). So valuations are much better, investments aren’t actually as risky as they were in 2008, even though they feel tremendously risky after a brutal August.

What is in the Greek stock market?

The top 10 stocks in Greece derive over 70% of the indexes market capitalization. Interesting to note that the largest company in the index (with an 18% weight) is Coca Cola Hellenic (the bottler for Coke). Coca-Cola Hellenic bottles and distributes Coca-Cola in 26 countries in Europe. There are multinationals in the Greek market just like there are lots of multinationals in the Italian and Spanish stock market.

When a nation’s stock market trades at an EBITDA multiple of sub 3x and when dividend yields are north of 5% – lots of really bad stuff is priced in. So in order to get continued selloffs you need an accelerating level of bad news not just steady bad news. I believe many investors have been over-conditioned by the crisis to think that 30%, 40%, 50% asset price declines are somewhat normal. I saw the ECB “step-in” as a positive outcome in that it decreased the probability of an unmitigated financial crisis in Europe this year. That may be what is needed for European stocks to continue to hit new lows from these levels and this outcome will of course have implications for the S&P futures every morning and our investment returns over longer time periods as well.