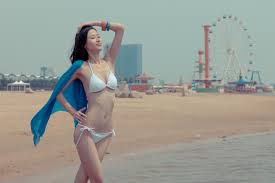 Crackerjack continues to hold the view, that what transpired in the markets is a crisis of confidence, more so than an actual crisis. There is a big and important difference. During the real-deal 2008-2009 economic crisis you had actual insolvent institutions as the value of mortgage securities declined when the US housing market imploded.

The sovereign debt crisis in Europe is also a real crisis as it relates to Greece, Portugal, and Ireland (these countries can never pay back what they borrowed) but these economies aren’t big enough to tip the world into a global recession.

While Spain and Italy have numerous longer-term structural issues which need to be addressed, these nations have ample ability to pay their actual agreed upon debts so long as the interest costs are manageable.

Italian Prime Minister, Silvio Berlusconi, has agreed to balance the Italian budget quicker than previously agreed upon (2013 vs 2014) and will seriously engage austerity measures in order to gain support from the ECB through debt monetization.

The bear-camp is spreading fear that if Germany and France need to bail out Italy and Spain then the debt burden of the Eurozone collectively becomes too high relative to GDP. A new series of events may  unfold with the involvement of China. China has been relentlessly purchasing US Treasuries with its accumulated reserves. The 10-YR US Treasury now yields 2.5%. Stay vigilant for news in the coming weeks hinting at direct China purchases of Italian sovereign debt – and Italy has a rather deep bond market. This will lighten the load on the ECB and fulfill three purposes for the Chinese agenda. First, reserves will be invested at a higher rate of return, second, China will slowly diversify from USD-based holdings, and third, China will help support the global economy which they need to remain on the tracks in order to engineer its own soft-landing from a relentless battle to tame inflation.

CJF is bullish Asia in general. Assuming the markets in Europe can stabilize, we will release some detailed research on why investing in two specific Asian markets make sense right now. One of those markets is Hong Kong and the other is likely to be a bit of a surprise.