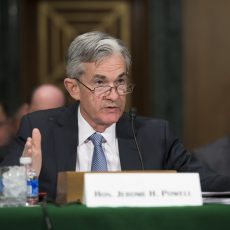 In spectacular fashion, over the past few weeks, stark reminders emerged on how fast confidence unravels in the midst of a slowdown, particularly so, when the slowdown is doused with policy response errors. A conflux of negatives compounded to send US financial markets into bear market territory, ultimately, calling into question the economic expansion since 2009.

What started with a run of the mill correction, due to slowdown fears, turned into an all out rout in risk assets. The economy and financial system is more fragile than previously perceived. Since the financial crisis, an implicit “fed put” has cushioned the downside of every economic slowdown, and market pullback. The thought process goes something like: every time something bad happens, the fed will accommodate, so why purchase downside protection (a put option) since the Fed has my back. The recent Fed meeting amounted to the first time (this economic cycle) that the Fed surprised, in a genuinely hawkish fashion, during a rough patch in the market. The action led to a bear market.

To be fair, the bear market dynamics have 3 main causes:

All three factors became greater concerns/risks at the same time. The first factor, slowing growth, was inevitable; after all, we are 9-years deep into an economic expansion. Donald Trump being a destabilizing factor isn’t new, and isn’t unexpected. An overly hawkish Fed is a new development and tipped markets, and confidence, over the edge, exposing fragility.

Bernanke and Yellen consistently erred on the side of dovish caution. In 2007, the Fed incorrectly assessed the economic meltdown based on housing but did respond aggressively with quantitative easing. The idea of quantitative easing: to lower interest rates, narrow credit spreads, support housing, boost stock prices, and support consumer spending. In short, it worked. After Bernanke’s reign as Fed Chairman, Yellen was excessively gentle with normalizing monetary policy. Bernanke and Yellen were students of the mistakes made by the Bank of Japan (too tight policy) which led to a decade of lost economic growth. With QE so successful, it is reasonable to believe that the unwind, quantitative tightening (QT), the reduction of the Fed balance sheet, will have a severe dampening effect and should be approached with extreme caution. Jay Powell’s tone deaf response, that QT would continue on auto-pilot, after markets already had been crashing, and credit conditions deteriorating, amounted to a push over the precipice. The current cycle being fueled by excessively easy monetary conditions, for close to a decade, makes the recovery fragile. The air needs to be let out of the balloon slowly.

NY Fed President, John Williams, attempted to walk back the hawkishness of Powell by stating that QT would be evaluated based on current conditions. So the “Fed put” still exists, it is just struck lower than the current level of stress. Markets have an uncanny way of forcing the correction of bad policy. The environment is likely to get worse until the Fed’s hand is forced, and QT is put on pause indefinitely.