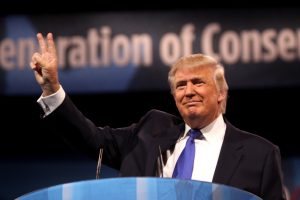 In shocking, inexplicable, unfathomable, polarizing, surreal fashion, Donald Trump wins the presidency of the United States, by winning the states of Pennsylvania and Wisconsin, along with all of the states expected to lean his way. Stocks, currencies, and commodity markets are in disarray. The S&P 500 futures sank approximately 100 points (~5%) around midnight, with a very strong snap-back ever since it became clear Trump would win (by midnight), and subsequently did win (at 2:30am). As of 5:00am the market is only down 1.5%.