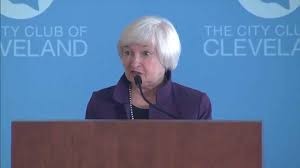 The Yellen Put, follows a line of Federal Reserve inspired put options, valuable to market participants of specific Fed Chair eras. The rationale behind the Fed Chair put is simple; with the Federal Reserve so vigilant to support any downtick in the economy and/or markets with interest rate cuts (Greenspan), quantitative easing (Bernanke), and ZIRF (Zero Interest Rates Forever – Yellen) investors receive downside protection from the Fed. Actually paying for downside protection vis-a-vis real put options takes on a ludicrous feel; markets don’t go down much, and if they do, they never stay down. Duh. That markets are increasingly policy driven is a reality of the current investment/economic cycle.

2016 investors are learning (through force) just how valuable the Yellen Put is. Janet Yellen is the most dovish Fed Chair in history. Extraordinary measures of zero or near-zero fed funds rates will persist out into a growing economy. There will always be an excuse to keep rates low, and Janet Yellen will always find that excuse. Some come to mind:

No one ever went broke underestimating the hawkishness of Janet Yellen

Yellen took last week’s presentation at the Economic Club of New York to highlight the Fed is in absolutely no rush to raise rates, is concerned about the soft global economy, and there may only be one or two rate hikes this year, not four.

Markets exploded higher, with the US outperforming the rest of the world.

CJF concludes that the Yellen Put will be the single-most important driver of markets for the duration of the current 7-year recovery cycle. The Fed is using extraordinary monetary policy in order to push-out the next recession. This sounds great, but during expansions, excesses typically build, and if you artificially lengthen the expansion, the risk exists that the excesses build to bubble proportions, sowing the seeds of a crisis during the next downturn rather than a more manageable recession. For the time being, the Yellen Put is more than enough downside protection for portfolios.