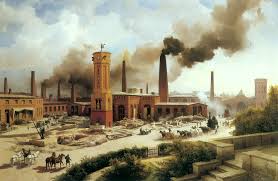 November ISM sank to the lowest level since 2009. Stunning, that the ISM (Institute for Supply Chain Management) survey, formerly known as NAPM (National Association of Purchasing Managers), printed 48.6, the lowest level since the throes of the financial crisis. For perspective, the last time the ISM printed sub-48, in June 2009, the S&P was 900. Today, at 2,100+, the market is a cool 134% higher. The S&P is up by 1,200 handles, after having earned approximately 620, the cumulative EPS for the market from 2010-2015. The market is up at a much faster pace than earnings as the multiple swelled from 12x to 17x. What a 6-years.

Awkward that December marks the potential lift-off, delayed that is, of a sea change in Fed policy: the end of ZIRP (zero interest rate policy). So the Fed is about to hike with a recessionary industrial economy and no inflation? Hmm.

Charles Evans reinforced the accommodative mantra yesterday, with dovish comments, as the stock market soared back within spitting distance of all-time highs. Evans believes the Fed shouldn’t start to hike yet. While Evans may not get his way, the set up is clear; an initial hike by the Fed will be the most dovishly toned in the history of rate hikes. CJF now expects a hike in December, and just one more in all of 2016 (probably in the spring). Ca suffit. End of rate hike cycle. The economy, in the US, and around the world is sufficiently soft to remove the possibility of any sort of “normal” interest rate cycle. Imbalances, and reflexivity of the dollar, will halt the rate hike cycle abruptly in 2016.

The market is just begging for a hike, by rallying on both hawkish, and dovish, data. Stock market action, with the unemployment rate at 5%, forces the Fed’s hand, at the start. But the cycle will be dovish, and the Fed will highlight this more/again/ad nauseam. Particularly so on the day the Fed actually hikes for the first time.

An uber-dovish Fed cycle sets up the possibility of a bubble before there is a major correction/crash in the stock market. Stock valuations are high and may keep going higher. Bubbles are difficult/impossible to predict but be wary if market valuation continues its ascent towards a 20x earnings multiple on soft economic/earnings data and a continued dovish Fed. Be wary is market breadth remains narrow.

The above set up would be dangerous, because when there is a real slowdown/recession (there will be one at some point) look out below if valuation needs to compress substantially as earnings estimates tumble. CJF isn’t calling for a bubble, but alerted to the possibility now given market action and the possibility for a “more dovish than expected Fed”.