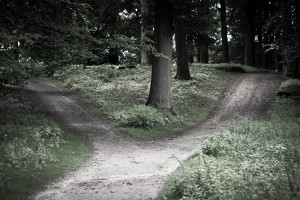 The market moves fast. Thankfully, in the rest of the world, trends of all kinds, generally move at a measured pace. The market overreacts to events and day-to-day happenings based on crowd think and behavioral issues. A change in trend will often start with a subtle data point or indicator, which in hindsight, ignites a big, and sustained move in the market. Now is not one of those times. Late summer fears of China slowdown and EM collapse look to have been overblown, and the severity of the selloff too harsh. But the rally of the past two months also contains elements of overreaction; the underlying drivers and risks from the summer aren’t resolved.

The world is fundamentally caught in a new dynamic. Credit expansion reached limits in every major economic block:

The US is the strongest large economy in the world, and most successfully managed the deleveraging phase through a policy of zero interest rates, and de facto financial asset reflation, coupled with a strong/efficient corporate sector with good governance. But liftoff is awkward with the rest of the world heading in the opposite direction; getting aggressive on unconventional stimulus at a later stage relative to the US.

Divergent central bank policy creates friction and destabilized markets. George Soros’ reflexivity theory will be put to test if the world experiences a “conventional” Fed rate hike cycle (8-16 rate hikes) while the rest of the world accelerates unconventional monetary stimulus. The result in the extreme all but ensures this cannot happen.

1) interest rate differentials would eventually cause massive capital flight and dislocation. Already the US vs. German yield spreads are blowing out:

2) US Dollar Strength – already the USD is awkwardly strong before the first hike at all. The impact of a strong dollar will be felt with a lag.

3) Oil – an explosive rally in the dollar makes oil less affordable to importers, sending the price down, leading to…

These 4 dynamics are not going away soon and may be with us for years, at least until the US is ready to start a new easing cycle, or the world is ready to tighten. Monday’s Reuters article hints that the ECB is just getting started with stimulus…