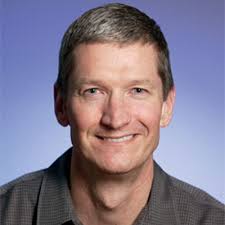 Apple posted an excellent Q3 result; 48 million iPhone shipments exceeded expectations, gross margin approached 40% (32 bps above last year), and EPS grew 43%, an impressive growth rate for the largest company in the world by market capitalization. Mac computer units grew 3% despite a 11% contraction in the overall global PC market. Iterations of new products are coming with updated Apple watches and the Apple TV in time for the holidays, and the Apple brand remains hot.

Tim Cook emphasized strength within China, more so than past conference calls, in order to remove one particular bear case which transpired this summer; a sharp slowdown in China and inventory glut. With Nike posting its fastest growth rate in China in several years, and Apple sales doubling, two data points go a long way to quelling fears of an immediate China recession. These facts support a constructive outlook, and, ultimately, may influence the market more so than Apple stock, as the latter has a funny way of trading based on new products and sentiment more so than actual sales growth, margins, and earnings (all of which are fantastic).

Our performance in emerging markets, although it’s quite good and our revenue is good, our market share is low, and the LTE penetration in these markets is quite low. Also if I zoom out and look at China, as I’ve said before and just to make the point once again, is we see a enormous change in China over the next several years. The latest study I’ve seen from McKinsey indicates if you look back five years, China’s middle class had about 50 million people in it. If you look ahead five years, it will have 10 times that number in it. And I feel like we’re reasonably well positioned in China. I’m sure we can do better, but I think we’re doing fairly well there. It’s not the only market that we’re working on, obviously. I was really impressed last quarter with our progress in Vietnam and Indonesia and India, among others.

Yeah, if you look at China, we grew from an iPhone point of view, Greater China, we grew 87%. The market grew 4%. If you take iPhone out of the market number, so the market ex-iPhone actually contracted slightly. And so we’ve been able to grow without the market growing. iPhone 6 was the number one selling smartphone in Mainland China last quarter, and iPhone 6 Plus was number three. And so we did fairly well.

The sort of the economic question, which I know there’s been a lot of attention on, frankly if I were to shut off my web and shut off the TV and just look at how many customers are coming in our stores regardless of whether they’re buying, how many people are coming online, and in addition looking at our sales trends, I wouldn’t know there was any economic issue at all in China. And so I don’t know how unusual we are with that.

I think that there’s a misunderstanding probably particularly in the Western world about China’s economy, which contributes to the confusion. That said, I don’t think it’s growing as fast as it was, but I also don’t think that Apple’s results are largely dependent on minor changes in growth. I think it’s much more of contributing – I think other things contribute to that much more. That doesn’t say we’ll never have a problem there because of the economy. I’m not saying that. I’m not dumb enough to think that. But I just think that the area that it’s currently operating within, it’s hard to tell a difference at the consumer level for us. I mean you really can’t tell the difference if you look at sort of our daily and weekly numbers.

So we’re very bullish on it. And I would point out that we’re investing in China not for next quarter or the quarter after or the quarter after. We’re investing for the decades ahead. And as we look at it, our own views is that China will be Apple’s top market in the world. And that’s not just for sales. That’s also the developer community is growing faster than in any other country in the world. And so it’s the ecosystem there is very, very strong. I was very impressed with a number of the developers I met last week and of course the customers in stores are enthusiastically contagious.