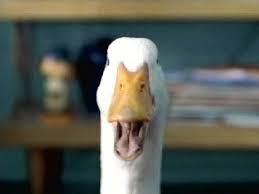 2015 is shaping up to be a challenging year for investments. The market swoon in mid-August caught most off-guard, and the subsequent violent recovery arrived right after several prominent investors turned bearish, or at least hedged. Markets don’t need to make any sense, and at times, understanding “why” the market is getting crushed, or exploding, is a futile exercise; it may lead to a grounded feeling, but ultimately, is not too helpful in predicting the next move. Nonetheless, since mid-August, several relationships/patterns emerged that are particularly nonsensical. A short list:

The stock market in China, the world’s second largest economy, is a big mess of a structure. Top Chinese companies are listed in three separate exchanges/geographies, each open to a different class of investors. Some Chinese corporates list on the NASDAQ, some in Hong Kong (H-shares), and the rest, in the captive domestic (A-share) market. The A-shares actually trade on two exchanges, the main bourse, the Shanghai Stock Exchange, and a second smaller bourse, the Shenzhen Stock Exchange. Until recently, both of these exchanges were effectively closed, or captive. The rest of the world couldn’t invest in the A-share companies, and mainland Chinese, couldn’t invest in the rest of the world. Bizarre eh? But such is central planning.

While Chinese listed stocks on the NASDAQ (BABA, BIDU, JD, SINA, etc) and stocks in Hong Kong, can be bought, and importantly, sold, by global investors, A-shares really cannot. An exchange link is now set up to allow the semblance of capital flows, and facilitate institutional investments, but there are still limits, and regulation is heavy.

The Chinese government crushed its own equity futures market by banning regulating short selling, drying up almost all the volume in futures, and much of the volume in the underlying stocks. Margin balances are greatly reduced, and the government intervened to stabilize an overvalued market. Today, eerily, the A-shares trade in tight 20-40 basis point ranges on many days when global stocks are manically volatile. In short, it’s a fake market, and it shouldn’t matter for US stock futures or global markets the following day, but it does.

Crude oil drives all risk-appetite, in every asset class. To a point, it makes sense to eye crude. When the markets lurched, lower crude was thought to reflect weak global demand, and a potential emerging market crisis. Crude held $40, and bounced, but every 50 cent move in oil should not determine whether all risky asset classes are up that day. After all, lower energy prices are a positive in terms of aiding consumers, reducing input costs, and expanding profit margins.

Stock market volatility declined for 10-days in a row on no news. Volatility typically declines when markets rally, but a truly odd pattern for the world to oscillate from utterly broken, right back to completely fixed in a straight line.

The degree to which the market moves on individual Fed Governor comments in speeches doesn’t make sense. The Fed is dovish. It is known. Several explosive moves on the same idea don’t make sense.

Hillary tweeted some aggressive comments on the need to regulate drug pricing, and the biotech sector crashed. Biotech continues to sell off each time Hillary is near a microphone, or on TV. The prospect of the Democratic debate caused another biotech mini-crash on Tuesday. A liberal Democrat has been president for the past 7-years, and if Hillary wins, her policies aren’t likely to be dramatically different. Fine, one heavy sell-off, but it’s silly for the market to sell off on the same prospect each time Hillary is scheduled to speak.

All of the above items will cease to be drivers of the market at a certain point, but in the meantime be wary of attributing any outsized or enduring importance.