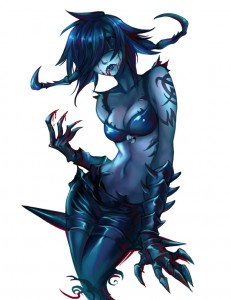 Since 1990, one trade that has always lost money, over any reasonable time period, has been the shorting of JGBs (Japanese 10-year). This trade, unique in its consistency, developed its own name; “the widow maker”. With JGBs yielding 57 bps today, the widow maker is alive and kicking. Over the past 24-year time period, JGB yields peaked around 8% in 1990, and trended steadily lower since.

Within the US bond market, through the second half of 2013, into 2014, consensus developed on the inevitability of a sell-off, and potentially severe one. A one-sided consensus view is always dangerous in any market, creating heightened risks as new information is gleaned. The recent bout of inconsistent economic data, and degree to which active market participants were on the same side of the canoe, drove a sharp rally in the bond market, lower rates, and finally, a re-think on consensus views.

CJF is not surprised by the action and leans dovish with respect to US interest rates for several reasons. Moreover, growth scares, as they develop, are actually a positive for the stock market – this notion is counterintuitive; economic data soften which weighs on revenue growth opportunities, but, for well positioned companies, the offset is lower corporate borrowing costs, little bargaining power for labor, generally contained commodity inflation, and higher valuation multiples. If the argument isn’t convincing, think of it this way: about half of the return from the market comes from capital allocation (dividend yield + stock repurchases) which can be funded by cheap debt. Growth scares facilitate lower rates, which leads to a higher valuation for dividend streams and greater accretion of stock buybacks based on funding with low-cost debt. Driving 5% returns from dividends and share repurchases alone will end when valuations swell to unreasonable levels, lessening the appeal of buybacks (with the market at 15x earnings, this isn’t a concern) or from an actual recession.

4 reasons for lower rates to persist over the intermediate and longer-term:

1) Cyclical recovery muted – not strong enough to drive inflation. The key driver of accelerating economic growth is the job market. The job market needs to strengthen universally; lower unemployment, stronger job creation, and rising salaries/wages. While the unemployment rate is lower, we aren’t close to an over-heating job market in the US.

2) Global forces – Europe and Japan continue to battle deflation, and China is slowing. The exogenous pressures from the global economy, on the US economy, are lower. In a globalized world, US export demand is held in check and inflation is contained.

3) Demographics – advances in health care, health awareness, and living standards, all lead to longer life expectancy. The dynamic is a global one in both developed and emerging markets. The demographics of an aging planet lead to a higher savings rate and higher demand for bonds (and bond-like investments).

4) Technology – internet retailing, and the step function of higher smart phone penetration rates, increase price transparency on a global basis. This may be the deflationary force of our lifetimes. In addition to the natural price cap from greater price transparency, we have advances in technology from mechanization, automation, robots, drones, etc, all of which feedback into limiting the power of labor relative to capital, and clearly creating a feedback loop into point #1.

To ponder, a chart of Japanese 10-year rates since 1990. The analogy may be worth further consideration: