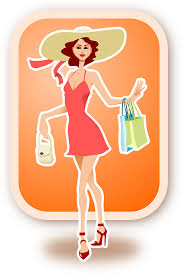 The ongoing economic tug-of-war remains tied. Growth spurts with better momentum (housing, auto, healthy corporate profits, job market) are almost immediately met by numerous automatic stabilizers (higher mortgage rates, deteriorating housing affordability, satiation of replacement cycles). But weighing the good and the bad, we are in a fine environment for the stock market. The environment is good enough to drive slow, yet relatively stable, economic growth but weak enough for corporate input costs (labor, materials, interest rates) to remain very well contained. Margins are elevated, cash flow is healthy, and the market performs well (big picture). The wealth effect is a key item on the “good” side of the economic ledger that is set to gain steam in terms of economic drivers.

“Wealth” matters because it is the secondary driver of consumption. For some parts of the world it matters little (emerging markets) and other parts significantly (developed markets). The US is a developed market with particularly high asset ownership rates. Housing ownership is 65% (down from a peak of 69% but still high on a global basis) and 401k/IRA/pension ownership is estimated close to 50%. This leads to bifurcation (some don’t participate in the boom) but on the whole, a nation that enables increases in wealth benefits in numerous ways (attracts talented labor, attracts capital, innovates). After all, higher-end/luxury consumption does generate jobs throughout the retail and service industry; jobs for lower-middle income workers.

For those who wish to run this multiple regression consumption and income data can be sourced from the Census Bureau and wealth measures from the Flow of Funds. Run the regression using year-over-year percent changes.

Simply put, growth in US consumption can be determined by growth in incomes (amount of people working x salary/wages) + the portion of net worth gains that are spent.

A number of academic exercises exist to measure the size of the “wealth effect” from different asset classes such as housing and financial assets. A coefficient of 5% used to be a rule of thumb but today more economists acknowledge that closer to 10% may be valid with higher asset ownership rates. With national net worth increasing at a rate of 8% annually, the wealth effect is likely supporting consumption growth (the largest component of GDP) by close to 80 bps (+8% x 10% wealth effect). This amounts to somewhere between a third and a quarter of total growth.

Finally, there is a second yet very difficult to quantify aspect to the wealth effect –permanence. Individuals behave quite differently when a change in wealth is thought to be temporary vs. permanent. The more permanent a gain is viewed, the more likely a portion of it is to be spent. The wealth effect kicked in during the second half of the 2000s decade; years of asset price gains cumulated creating the feeling of permanent wealth gains in housing and stocks (this was dead wrong but influenced behavior nonetheless). 2014 will mark the 5th year of asset price recovery and wealth gains since the financial crisis. The impact of the wealth effect on consumption, and overall economic activity, is likely to rise from the combination of continued gains in net worth and the persistence of the gains over the past 5-years. Expect this to be a growing economic theme in 2014.