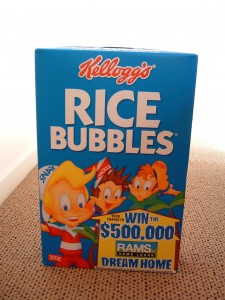 Over the past 18-months, the S&P 500 surged 43%, without more than a 6% drawdown. That dear reader is a Bull market. This post is somewhat backward looking based on the writing hiatus at CF. The forward plan is for content at regular interviews from here.

With CF’s year-off, no predictions were logged for 2013. It would have been a bullish one but well below the market’s stunning +32.4% with dividends.

Powerful, wealth-creating investment themes all have a time and a place. CJF remains bullish based on the following:

1)  Valuation is ok (~15.4x S&P 500 forward earnings) – in the middle of a reasonable range, and quite reasonable provided today’s low inflation and interest rates (but headed higher).

2) Economic underpinnings look sound – the recovery has been a middling one, cautious, and full of growth-scares. The US economy has bifurcated in dramatic fashion; the standard of living of those with asset ownership rose (is rising) dramatically, while those depending on paychecks haven’t participated to nearly the same degree, if at all. Perversely, this is a positive for the duration of the recovery because the subdued nature of things avoids the creation of excesses, which ultimately cause recessions…..always.

3) Inflation and interest rates are likely to remain low(ish) for several years. Technological advancement and global demographics conspire against pricing power and this pressure is here to stay, for the foreseeable future.

4) Prettiest girl on the dance floor- the market is no longer priced to generate 30% returns short of new bubble; but this is ok. After treading water for a time, or a normal bull-market correction, returns of 5-10% in subsequent years are likely. At least until risk #2 actualizes. Stocks remain more attractive than bonds, commodities, and certainly cash.

Future writings will elaborate on these 4-themes, likely to be the drivers of market returns, and eventually, the nasty culprit causing the next bear market. As such, the above topics will hold our attention and shape considerable exploration.

But why no correction?

Investors have simply been too cautious, effectively inhibiting the market from producing its normal, run-of-the-mill 10%+ correction. It might have happened in:

But it didn’t – tipping market participants that not all (enough) investors have been fully positioned for the rally.

How to position today:

Thanks to all the encouraging reader emails over the past year – it’s good to be back!