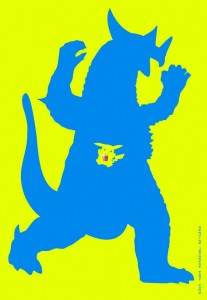 The process of deleveraging has been in place since the onset of global recession and financial crisis in 2008. Many investors and economists have highlighted how long the process can take once it gets going. It’s striking how the theme of deleveraging, broadly speaking, is universally assumed to play out over a very long time. Japan is the oft cited example of how a deleveraging processes can take 20 years or more! It is all very alarming given that the western world’s recent crisis is only 2-3 years in. At risk of sounding Pollyannaish, there are dramatic differences between the economic situation in Japan in the late 1980’s and the US in 2008. For a number of reasons, I believe that a decade-long deleveraging process in the United States is quite unlikely to happen. Heading into 2012, the US has experienced a 4-year deleveraging process already and is likely to be closer to the end than the beginning.

The Bubble in the Nikkei was spectacular and surreal

In 1982 the index level of Japan’s Nikkei 225 bottomed at 6,849. The index peaked at year-end 1989 at 38,916. The stock market in Japan rallied almost 6x during a 7-year span. New Year’s Eve in Tokyo (1990) must have been one hell of a party. Other markets have had rallies to this extent but generally the markets were narrower such as the NASDAQ bubble in the late 1990s or captive such as the China A-Share bubble of 2007. In China, the A-share market tripled in a year (not a typo). While reviewing history, it is noteworthy that all three of these bubble markets (Nikkei, A-Shares, Nasdaq) peaked at or shortly after year-end – so keep this in mind the next time you are fortunate enough to participate in a bubble on the long side. While one can find examples of larger price-action bubbles what took place in Japan was both broad (the entire market participated) and meaningful (second largest economy in the world at the time) on a global scale.

Tokyo residential land prices also increased six-fold in line with the market returns. In order to have a price level appreciate 6-fold over a 6-year period, which happened in Japan, you appreciate by 43% on average each year. The US real estate bubble got created from a 5-6 year period of 10% annual real estate returns. Imagine 5-6 years of 43% returns?  In 1989, premium properties in Tokyo’s Ginza district were valued at $90,000 per square foot.

Japan has some unique characteristics as an island nation which needs to import commodities and goods. The economy is more captive to a price level than most other nations due to geography and a homogeneous culture. Examples abounded where the price of goods and services in Japan reached stratospheric levels. There are some absurd examples of what the price of golf club memberships traded to. The Koganei Country Club in Tokyo had membership prices appreciate to 440 million yen in 1989.

Demographics have accentuated all the problems

The corporate sector had very high levels of debt

Not only did the stock market bubble inflate business confidence but the practice of Keiretsu was rampant as companies had interlocking sets of debt-financed cross holdings. When the Nikkei started to tank so did the balance sheet strength of the entire Japanese corporate sector. Assets declined in value but debt levels remained.

The above mentioned bubble-dynamics reached such extremes for a long enough period of time that they permeated the entire Japanese economy. There were two options as the Japanese deleveraging process got underway post-bubble; allow for a complete collapse in the price level and the economy or work things out slowly over a period of many years. Paul Krugman’s argument to “manufacture inflation” in Japan in the early 1990s was nonsensical given that too high a price level was one of the causes of economic problems in the first place. The laws of purchasing power parity and deflationary economic forces overwhelmed.  Japan had extreme levels of irrationality which ran through the economy for a number of years which led to either severe of extended deleveraging process which was unavoidable.

This concludes Part One.

Part Two will focus on the dramatic differences relative to the US in 2008 and why current imbalances are likely to take closer to 5-years to work out not 25-years.