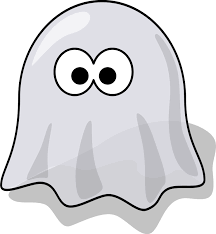 2011 has been a difficult year for most investors. Market sentiment oscillated throughout the year and generating returns has been exceedingly difficult to come by, let alone maintain. The world experienced at least three distinct crisis; Japanese nuclear disaster, Arab Spring, and Sovereign Debt contagion through Europe. All three of these events were enough to knock the market down for a spell but the global economy was resilient enough to keep growing. Growing global GDP created an environment where corporate earnings rose, achieving new highs on the year. S&P 500 earnings will come in at close to $97 in 2011, up from about $86.50 in 2010. Earnings will register double digit growth of around 12% while the S&P is down 4% ytd. It isn’t difficult to see that the market’s multiple contracted and has been the largest single driver of returns. The market multiple is likely to drive ultimate returns in the market again in 2012.

S&P earnings growth is forecast for 6% growth in 2012. This looks to be a reasonable estimate if the world can avoid a global recession. Given the economic momentum in the US and the monetary policy easing cycle which has commenced in emerging markets this is certainly a plausible baseline scenario. Of course all of us could concoct much more bullish and much more bearish outcomes in 2012, but the point of my writing today is to stress the importance of thinking about market valuations as a factor “of and in itself”. Here is a table of potential returns based on some degree of improvement in the S&P 500 price to earnings ratio:

The above table is the reason it is very difficult to get too bearish. A stylish investment forecast is for another year of a “new normal” or “muddle through” economic environment. These environments aren’t as bad for corporate earnings as many suppose because labor costs are contained through developed markets around the world. What has been difficult for the job market, has perversely been good for corporate earnings. The job market isn’t weak enough to cause a recession but it isn’t strong enough to create any pricing power for labor either.

There are a number of theories on the decline in the market multiple. Lower growth is often mentioned as a contributor, particularly from the research team at PIMCO. Lower growth should lead to a lower multiple if one were to believe that growth was going to be impaired for many years. While PIMCO have been on to something with regard to developed market GDP growth this year, remember that developed market GDP growth does not directly translate to corporate earnings growth. Corporate earnings are positively impacted by GDP growth in emerging markets and are also impacted by labor costs being contained. Another factor often mentioned is demographics. The supply and demand for equities is out of balance as the developed market world ages and increasingly demand fixed income products. My counter to this argument is that fixed income yields are paltry in many regions and equity markets generally have dividend yields which exceed fixed income yields. Behavior is apt to change by different investor cohorts as valuation becomes compelling. Lastly, I’ll mention confidence as a driver of the multiple. This makes the most sense to me at present. There is a general sense that all is not right for the world’s economy. We are in a deleveraging cycle, Europe has problems and China growth is slowing. These fears are enough for many investors to step to the sidelines.

Europe will be a risk for the market throughout all of 2012 given the approach that leaders are taking. But as the above table highlights, this may not by itself lead to any easy investment conclusions or returns. The market multiple contracted meaningfully and sets a lower bar in terms of events, news, and developments. The bull case which hasn’t been written about is that the rate of inflation is starting to come down around the world and this generally has a positive effect on multiples and valuations. Because of the situation in Europe, it is very difficult to have very high conviction conclusions. Difficulty lies with establishing either a high conviction bearish view or bullish view. Valuations declined meaningfully and they matter. Investment returns for 2012 are likely to be driven by nuanced items. Confidence will be a major driver of the stock market multiple but to get the multiple to continue to drift lower from here, news flow will have to disappoint in a greater degree than it did in 2011, which may be a high bar given all the difficulties investors have recently struggled with.