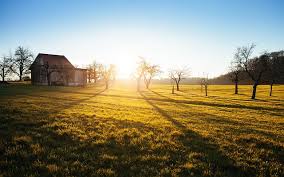 Italian 10-YR bond yields hit 6.62% this morning, which marks a new high since concerns over the sustainability of European sovereign debt began to unfold. This wasn’t supposed to work this way after the Eurozone leaders announced a new structured investment vehicle to be put in place to leverage up the EFSF. It remains unclear who is going to fund the SIV which raises doubts around how much firepower the EFSF will really have and whether Italian interest rates can be maintained at sustainable levels? All of this uncertainty takes place while Italian bonds yields escalate towards unsustainable levels, government approval ratings hit new lows, Berlusconi’s trial for soliciting an underage prostitute moves forward, and the real economy in Italy remains under intense pressure. The above issues are scary but are not things that should determine the longer-term solvency of Italy. Fortunately, for Italy, the economy has enough diversity and depth to endure hardship better than other peripheral European economies.

Italian bond yields can’t remain at 7%. The level is too high and will cause interest costs as a % of the government budget to reach unsustainable levels. A number of studies and writings have demonstrated that if all of Italy’s debt were rolled over at current interest rates the country would spiral towards insolvency. Italy took advantage of the extended period of lows rates to stagger debt maturities so any near-term funding crisis looks far-fetched. There is a significant amount of debt coming due in the next two-years but it isn’t so much that Italy couldn’t afford to roll the debt at higher rates while they continue to implement reforms. Of course there is a level of rates, let’s call it 7%, where market confidence is shattered creating a series of negative feedbacks which brings a funding crisis to the fore. This scenario should not happen because as reluctant as the ECB has been to purchase Italian debt, the ECB has the firepower to do so and end any funding problems (for years) if the resolve is there to force rates lower.

Here are the items to watch unfold:

It is increasingly likely that the ECB will need to buy Italian bonds in a more meaningful way, and that for the “fix” to be in, 1T Euros will need to come from somewhere either through SIV funding for the EFSF or from the ECB directly. These are the two options which will end the crisis. The second item is entirely within Europe’s control and doesn’t depend on Chinese, Middle Eastern, or external funding but still has major political obstacles in the way of implementation. To be continued…