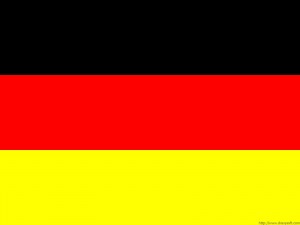 Germany failed to get bids for 35% of the 10-year bonds auctioned today. Yields are up about 10 basis points this morning. The increase in borrowing cost is insignificant for Germany. Yields are still well below 2%, and Germany continues to benefit from the combination of very low borrowing costs, and a declining euro which helps support export competitiveness. The first sign of German bond market stress does highlight the risk the EU-17 is flirting with; the breakdown in confidence across the entire region. What started as a crisis in Greece has spread one-by-one to the rest of the European sovereigns. The reason the crisis has spread is not based upon profligate actions by the rest of the Eurozone. On the contrary, progress has already been made across Europe in terms of changing attitudes, implementing austerity, and commencing what will be multi-year structural economic reforms. The reason the crisis has spread has been a failure in terms of governmental policy response. European governments have continually lacked a depth of understanding of the nature of the financial crisis and the risks that a systemic breakdown in confidence poses to Europe and the world. This crisis is unnecessary because the issue plaguing European sovereign debt markets is liquidity not solvency. The longer hawkish European leaders maintain a wait-and-see approach the greater the chance solvency issues become much deeper.

The European approach so far has been premised on the faulty assumption that there is plenty of time to restructure out of a crisis. The uncertainty, persisting for 5-months, has fed back into the real economies of Europe. The tipping point was when the monetary policy transmission mechanism broke down. This point is very important: fiscal tightening (austerity measures) in Europe will not work in an environment where monetary policy can’t appropriately ease policy to counterbalance the tightening. Credit risk has now spread across the entire EU-17 ex-Germany. The following vicious circle is becoming entrenched:

The negative dynamic, left unchecked will lead to the following results:

Short-term funding rates doubling in the course of a month, like they did in Spain yesterday is an untenable environment for an economy to function and reach its full potential. The funding crisis is now spreading through Italy, Spain, France, Belgium, and Slovakia. It will turn next to Austria, Finland, Holland, Luxembourg, and ultimately Germany. It can’t be stressed enough, once a vicious circle becomes entrenched, conventional policy responses will not work. The half-hearted approaches and attempts to raise capital outside of Europe have failed. The only manner in which the crisis will end is EU leaders collectively supporting jointly guaranteed Eurobonds with the ECB acting as an unlimited buyer in the interim (while the Eurobonds are structured) to keep rates from spiraling out of control.