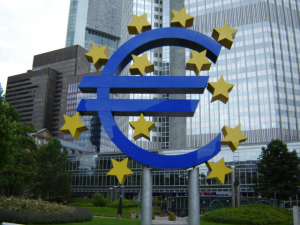 The ECB cut interest rates by 25 bps down to 1.25%. This was somewhat of a surprise cut as many expected Draghi to start his tenor by demonstrating some hawkish resolve – consistent with the views of departing ECB President Jean-Claude Trichet. Draghi presents a viewpoint that inflation is expected to fall further while highlighting that monetary growth is only moderate. He appropriately downgrades the forecast for Eurozone GDP growth and points out the “intensified downside” risks to the Eurozone economy. He goes on to point out that inflation is likely to fall below 2% in 2012.

These are important comments because they immediately reveal that Draghi has a more dovish inclination relative to his predecessor. The ECB has more room to cut rates and the comments regarding the “moderate growth in the money supply” could be the start of opening the door towards QE-EU. This is the appropriate stance for Draghi to take. It would be refreshing if the ECB President over the next 8 years will be closely in touch with the real world economy and be more willing to take simulative policies into his own hands rather than wait for the US Fed to stimulate for the rest of the world.