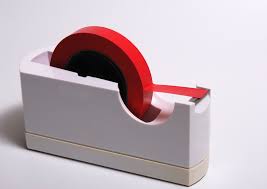 The US “Super Committee” failed to make any progress on the sole task it was created for: deficit reduction. It now appears probable that there will be an announcement today stating the committee has “failed to reach its mandated goal of reducing deficits over the next 10-years by $1.2 trillion dollars”. An announcement of this sort would be particularly discouraging because the committee looks unable to achieve even partial success. At a time when the global economy and financial markets are experiencing a crisis of confidence in the future, this result is a major letdown.

The US economy has been incredibly resilient despite the confidence-sapping political ineptitude, and the political/financial breakdown in Europe. The main issue with a potential “lack of result” announcement from the Super Committee is not so much the immediate real impact to the economy, but the lack of clarity with regard to the future. The more uncertain the future economic environment, the more likely businesses are to defer hiring decisions and consumers are to simply retrench. The lack of progress increases the prospect of a US Sovereign debt downgrade from Moody’s. The ratings organization stated that a lack of progress would be “informative but not decisive”. There is also the risk of an additional downgrade coming from Standard & Poors.

If there is absolutely no agreement or compromise, then there would be automatic cuts implemented in 2013. Already, the discussion turned towards potential for another legal go-around. If the committee does indeed experience a complete fail, there will be increasing risks to the 2012 economic environment well before any automatic cuts get implemented. The most important item remaining will be whether to extend the 2% payroll tax cuts for 2012. If congressional leaders can’t make any progress on deficit reduction, it seems likely that there will be difficulty reaching a compromise on extending payroll tax cuts in 2012. Given the fragility of our recovery and the crisis risk in Europe, the US economy is in the unfortunate circumstance where it would be very difficult to absorb payroll tax increases in 2012. It would be a material negative for the economy and the markets if the 2% payroll tax cuts aren’t extended. The drag would likely amount to around a 75 basis point hit to US GDP growth. In an environment of 9% unemployment and 1.5-2.0% GDP, it would be tremendously unfortunate to see GDP growth cut in half because of a lack of leadership and vision out of Washington. This will increasingly become a very important topic through the month of December.