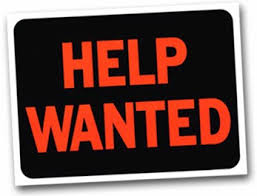 I’ve been holding a constructive view on the economy and markets for a number of reasons. The economy isn’t as soft as has been presented and market valuations are extremely low for a non-recessionary environment (if that is indeed the environment we are in). Today’s Employment Report was downright ugly. Being constructive, I could search for some of the glimmers within the guts of the report such as the household survey’s 331k new jobs or that the employment-population ratio ticked up slightly. This is a stretch though, and the report was clearly a disappointment because in normal cycles of economic recovery we “re-create” jobs which are lost during recessions. I believe the primary reasons the job market has been in a funk, where it is stable, but not creating many new jobs are as follows:

2) A corporate sector which is cautious yet more productive and efficient.

3) Globalization dynamics that have been in place for a very long time.

The Obama administration can’t create jobs in a sustainable fashion. The government sector is already large and a new focus on fiscal constraints at the government level will tie the hands of our administration for the most part. I believe there has been a somewhat cavalier assumption that America creates jobs in a recovery, and that this will happen automatically and policy agendas can be advanced simply assuming this to be. Our president has pushed the edge of the envelope and attacked business too much. Constant rhetoric which talks about “not paying their fair share”, lambasting the financial industry, lambasting “millionaires and billionaires”, those who fly in corporate jets, and those who visit Las Vegas, <insert more examples> has in a subtle way started to sap the animal spirits that are needed to create new jobs. It certainly feels more uncomfortable in an environment with this type of constant attack to envision a bold new plan for a small business, a new venture, or creating a new technology. Given the economic fragilities, we need our leaders to encourage and incentivize risk taking and innovation which is what leads to new jobs.

From the corporate sector standpoint, we have both a positive and a negative. Corporate sector cash flows surged since the economic crisis as cost cutting has been implemented and capex is tightly controlled. The corporate sector mindset appears to have changed somewhat as a result of the crisis. A pickup in demand of say 5% or 10% isn’t going to galvanize hiring – as companies are figuring out ways to stretch the existing workforce more and make them more productive. This process and mindset dampens our ability to quickly create a lot of new jobs while it also provides some downside cushion when the economy is soft – because there are fewer people to layoff. We may be in an economic environment where it is harder to create but also to eliminate jobs in certain industries. This hypothesis could be one reason we are seeing a divergence between the relationship between unemployment claims and new job creation. This is a topic I will be exploring more deeply going forward.

Lastly, trends towards globalization remain in place. For many industries this will continue to limit new job creation here in the US. Other nations are becoming increasingly educated, achieving comparable skill-sets, and willing to work for much cheaper than counterparts in the US. This occurrence is why there is much more robust job creation in emerging markets, but it has also expanded the global economic pie and created new sources of demand for our great companies. Apple is benefiting enormously from demand around the world as new jobs are being created in emerging economies. This dynamic can be a positive for our country if we get back to point one, understanding that we need more Apples, Googles, Nikes, and Colgates, to create global brands, products, and services. These are just a few examples.

On a brighter note, America contains a myriad of advantages relative to the rest of the world in creating and innovating. We are a hard working nation, we have the deepest capital markets in the world, an effective rule of law with sound principles regarding property rights, intellectual capital is protected, and we have the best agencies and organizations in the world to protect investors. While all of the items I mention have flaws, there is no other place in the world which is better at the above in total. I have also noticed that since the US Sovereign downgrade related market plunge, that the Obama Administration has toned down the rhetoric. The payroll report is an imprecise measure that gets particularly high attention from the government, financial markets, and the media. A flat payroll report does not make a recession but we can and need to do better going forward.