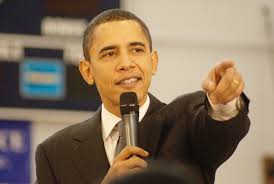 The S&P 500 futures were about unchanged heading into his speech and at last glance they were down 3 points – but this may be due to the 9/11 anniversary terror threat announcement more so than anything said in the speech. I come away moderately encouraged by Obama’s speech tonight. He stated at the outset that our economic recovery won’t be led by the government but by businesses – which is refreshing. I felt the tone was still somewhat abrasive but the fact that the size of the Jobs Act is larger than expected ($447B) may be a slight positive. I think the gist of the plan makes sense. While you are trying to emerge from recession you spend in order to stimulate. So long as the spending is not wasteful, it can be productive towards strengthening the economy and building the tax base.

I was encouraged by the focus on aiding small businesses. Tax breaks for small business hiring make sense right now. It is also wise to extend the payroll tax cuts and extended unemployment insurance. Regrettably, these measures are simply necessary at present. I would have preferred to see specific mention of a repatriation tax cut for overseas profits. There have been studies demonstrating that cutting the repatriation taxes can create millions of jobs. This would have been the best possible surprise. Boehner waived a GOP response to the speech and there were some conciliatory comments which he reportedly mentioned after the speech – that there were aspects that could be worked together on. Eric Cantor echoed this sentiment as well during interviews. This indeed may be the most important development of the speech – that perhaps for the near term, Washington will be less divisive. This would clearly be good for the market. Moreover a less divisive Washington could perhaps adopt some GOP proposals related to repatriation, and the corporate tax code which Obama was open to lowering if certain loopholes were avoided.

The speech itself is likely to not be a major event for the markets. Perhaps some constructive groundwork has been laid for compromise and getting something down quickly. Passing what the president laid out, coupled with a few republican enhancements may be a best case scenario. It won’t turn the economy around on a dime, but it may be enough to buy some time, and help with growth on the margin at a time where business and consumer confidence is lower than it needs to be.