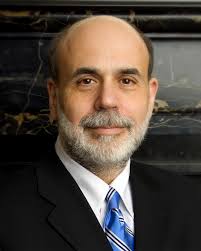 I just read Ben Bernanke’s speech at Jackson Hole, and think it is one of the better speeches he has done in some time. I read some acknowledgement that there is little more the Fed can actually do to improve the US economy. This is of course true. Bernanke realizes he can only create an environment that fosters a recovery and that’s about it. A quote jumps to mind:

“The Business of America is Business”

This is one of my favorite quotes from President Calvin Coolidge. There is no solution which can come from either the Fed or Washington, the US economy needs to simply get going again the way it always has, through productive business investment, industrial production, research & design, innovation, and putting an American workforce back to work.

While the Fed and the Obama Administration, cannot do this, they can hinder it. Too much of that has been going on thus far. Bernanke hints at this in three part of his speech:

1) One he cautions against too much reduction in fiscal spending too soon:

Although the issue of fiscal sustainability must urgently be addressed, fiscal policymakers should not, as a consequence, disregard the fragility of the current economic recovery. Fortunately, the two goals of achieving fiscal sustainability–which is the result of responsible policies set in place for the longer term–and avoiding the creation of fiscal headwinds for the current recovery are not incompatible. Acting now to put in place a credible plan for reducing future deficits over the longer term, while being attentive to the implications of fiscal choices for the recovery in the near term, can help serve both objectives.

Fiscal policymakers can also promote stronger economic performance through the design of tax policies and spending programs. To the fullest extent possible, our nation’s tax and spending policies should increase incentives to work and to save, encourage investments in the skills of our workforce, stimulate private capital formation, promote research and development, and provide necessary public infrastructure. We cannot expect our economy to grow its way out of our fiscal imbalances, but a more productive economy will ease the tradeoffs that we face.

3) And let’s all act like adults going forward please…..

Finally, and perhaps most challenging, the country would be well served by a better process for making fiscal decisions. The negotiations that took place over the summer disrupted financial markets and probably the economy as well, and similar events in the future could, over time, seriously jeopardize the willingness of investors around the world to hold U.S. financial assets or to make direct investments in job-creating U.S. businesses. Although details would have to be negotiated, fiscal policymakers could consider developing a more effective process that sets clear and transparent budget goals, together with budget mechanisms to establish the credibility of those goals. Of course, formal budget goals and mechanisms do not replace the need for fiscal policymakers to make the difficult choices that are needed to put the country’s fiscal house in order, which means that public understanding of and support for the goals of fiscal policy are crucial.

With respect to the rest of the speech (earlier in the actual text), Bernake mentions a number of areas where the economy is on stronger footing than during the crisis (CJF has been discussing this as well) such as the banking system being healthier and better capitalized, corporate credit availability, manufacturing strength, household progress with deleveraging, and commodity prices being contained.

He appropriately highlights the major headwinds from a housing market that has not started to recover, and the persistently high unemployment rate which needs to improve for a durable recovery.

I continue to focus on investing at key levels when the market prices in a recession that I do not expect to transpire.