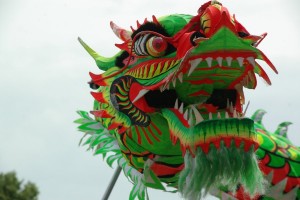 What a start to the year. CJF’s contrarian prediction of 1,860 on the S&P came to be on January 20th. Subsequently, the market rallied strongly on the hint of more quantitative easing out of the ECB, and the adoption of negative interest rates by the Bank of Japan. Any doubts that 2016 will be a volatile, and difficult year, should now be erased. After a tumultuous January for investing, a period when seasonality and investment inflows are supposed to support markets, CJF is stepping back to assess big picture dynamics for the global economy and the overall investment environment. At risk of being overly obvious:

Something is not quite right with the global economy

How did the current situation come about?

Generally speaking, economic expansions self-perpetuate. Improvements in one sector of the economy lead to improved results in other sectors gradually. Improvements in a particular country, lift exports from another country. Positive developments ignite a virtuous cycle. The feeling over the past two months is that a virtuous cycle of positivity is slowly getting replaced by a new vicious cycle of negative feedbacks. The catalyst for the change is China.

Pundits in the financial press often present a misguided analysis of China’s impact. It goes something like this:

US exports to China are relatively small, and an abrupt elimination of growth in China would only lead to a few tenths of a percent impact on US GDP.

The above thought process misses the integration of the global economy and the myriad of knock-on effects. China’s economy boomed since the early 1990’s. GDP growth hasn’t contracted in over 20-years! China modernized its economy to a degree; the housing market caught fire, and debt fueled shadow banking, and state & local government spending programs created jobs and economic growth. China’s spending boom, as it went from an unlevered economy, to a highly levered economy, drove commodity prices and profitability around the world. China’s good times led to growth in Brazil, Australia, Russia, and Saudi Arabia. The good times are now ending. Without the ability to borrow more, to support inflated economic growth rates, China will slow. It must. If China fails to accept economic realities, the economy and government structure will eventually collapse. The tells on what’s happening are:

The symptoms of China’s rolling over are clear to see. Apple’s growth rate in China fell dramatically, from +99% in 3q15 to +14% in 4q15. Caterpillar forecast its sales to decline for a 5th year in a row.

Ultimately, China will experience an immense struggle, simply because the structure of its economy is tenuous. The true corporate sector in China is limited, with the largest Chinese companies really being appendages of the government. Without globally competitive companies, that can stand, and thrive, independently, the job market will experience extreme duress. After all, the history of state-planned economic success stories, is, well, 0-for-history. China seemed to be an exception because of the vastness of the population, and the duration of economic growth. But the real driver of the longevity of China’s expansion is the extent to which debt could be increased from an initially low base. The next few years will demonstrate the health of the end product.

China’s stock market collapsed because there was never really any underlying valuation support in the first place. The companies are inefficient and bureaucratic conglomerates, with funding from the state, generally earning no, or very low, returns on capital. You probably haven’t heard of the vast majority of China’s top companies. The China stock market collapse reflects a drop in confidence in the overall system. China’s attempts to intervene in its markets to avoid a crash reflect fragility and desperation.

Back to the investment backdrop for 2016. With the premise that there is no magic bullet, or quick fix for China to reignite growth: