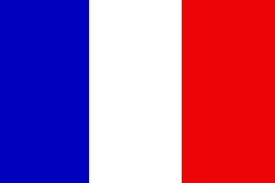 We all eat at restaurants, go to stadiums, and walk down the street.

The tragically successful terrorist attacks in Paris highlight the vulnerability of the human condition at any instant. While this has always been the case, and will continue to be so, civilization, and human progress, over past centuries and decades, reduces the chance of random death from a vulgar, inhumane cause. Radical Islamic terrorism is so deplorable because the aim is to destroy, to undo, to move backwards in time, and to return to a harsher world. The impossibility of the ultimate success of the radical Islamic movement is matched with the fervor of the very small percentage of the world population that supports this movement. To create the scale necessary to carry out such large scale attacks, the movement feeds from hatred, disenfranchisement, ignorance, and religious zeal. The movement itself provides a purpose for participants with different values and a different moral compass. The progress of open society, and technology, puts the world at danger from this threat to a greater degree than any time in history. Decades of multiculturalism around the developed world, particularly in Europe, create the conditions for radicalism and terrorism to spread, become more effective, more pervasive, and more frequent. Paris, and the world, will endure, overcoming radicalism with resources, technology, and resolve. However, the world will need to adapt, and become a harsher place.

Economic difficulty is already upon Europe; challenges to preserve standard of living and opportunity will only mount. European nationalism will rise and geopolitical tensions grow. The environment for markets in Europe, and around the world, will be more volatile as a result. The immediate investment implications from the Paris terror attacks have been muted but the medium and longer term implications will be more profound: